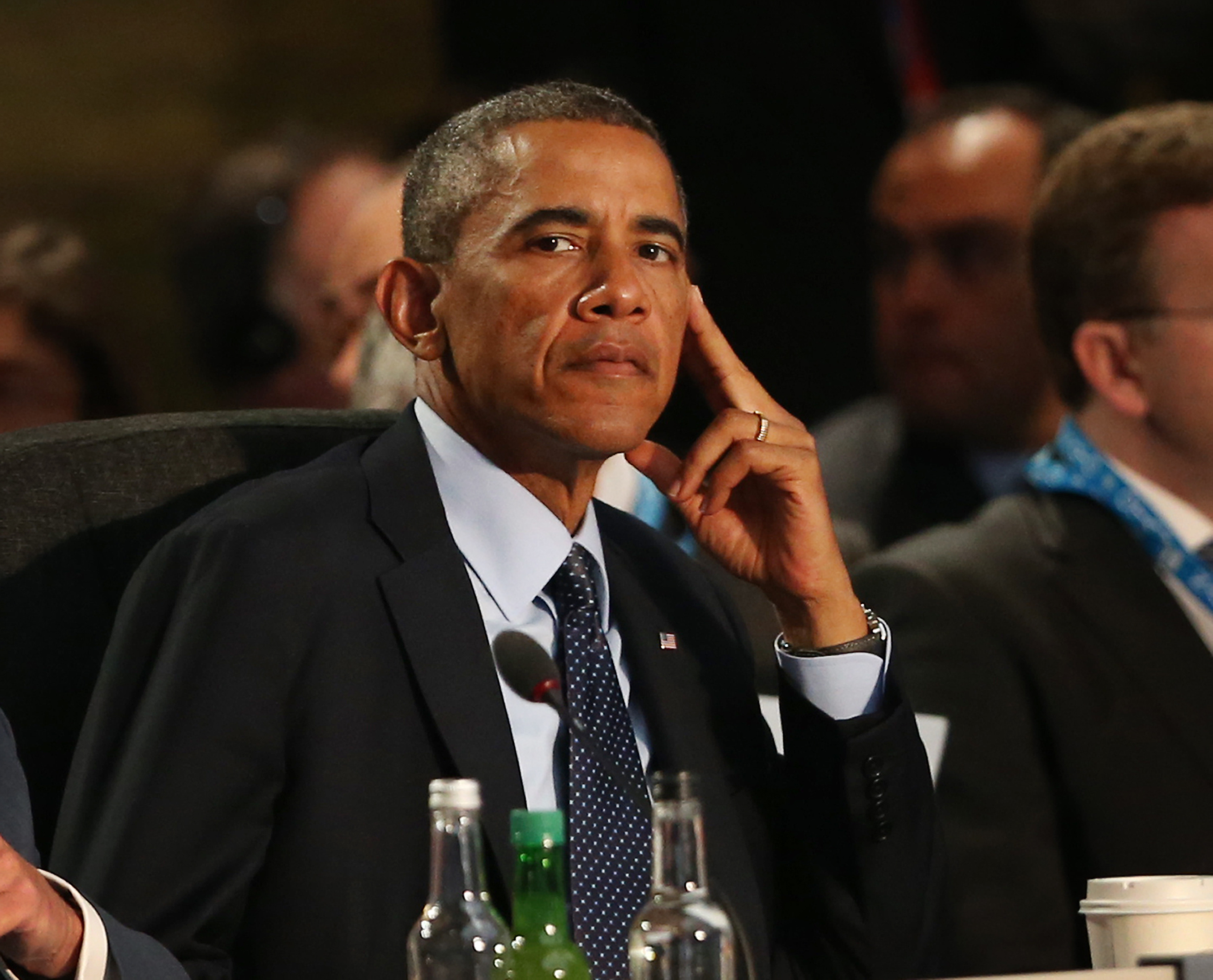 "Russia's aggression against Ukraine threatens our vision of Europe that is whole, free and at peace," President Obama said Friday at the end of a two-day NATO summit in Wales, where NATO leaders agreed to create a new rapid response force headquartered in Eastern Europe.

Mr. Obama announced a series of other steps NATO allies will take to bolster the security of its members and its neighbors, including a commitment from all 28 NATO countries to provide security assistance to Ukraine -- not a member of NATO -- as it fights pro-Russian separatists. Additionally, NATO allies have agreed to move toward investing at least 2 percent of GDP to defense.

"This commitment makes clear NATO will not be complacent," the president said.

Ukraine and pro-Russian separatists reached a cease-fire Friday, but Mr. Obama said the U.S. and its European allies are finalizing measures to deepen and broaden sanctions across Russia's financial, energy, and defense sectors.

Mr. Obama said that NATO allies are "hopeful" about the cease-fire, "but based on past experience also skeptical that... the Russians will stop violating Ukraine's sovereignty."

NATO strongly supports Ukrainian President Poroshenko's efforts to pursue a peaceful resolution, he said, but he added that Poroshenko's plan will "take some time" to implement. Consequently, moving forward with sanctions, while assuring the sanctions could be lifted if elements of the plan are implemented, "is a more likely way for us to ensure that there's follow through," Mr. Obama said.

"The only reason we're seeing this cease-fire at the moment is because of the sanctions that have already been applied and the threat of further sanctions," he added. "The path for Russia to rejoin the community of nations that respects international law is still there."

The rapid response force that NATO is planning will be comprised of several thousand troops who could quickly mobilize if an alliance country in the region came under attack.

"Should you even think of attacking one ally, you will be facing the whole alliance," NATO Secretary General Anders Fogh Rasmussen said, giving a message to potential aggressors like Russia.

NATO this week also committed to help Iraq fight the Islamic State of Iraq and Syria (ISIS), should Iraqi leaders ask for help.

After some question as to whether the Obama administration aimed to destroy or simply contain ISIS, Mr. Obama's remarks Friday made clear he believes the group must be dismantled.

"You can't contain an organization that is running roughshod through that much territory, causing that much havoc, displacing that many people, killing that many innocents, enslaving that many women," he said. "The goal has to be to dismantle them."

At the NATO Summit, U.S. Secretary of State John Kerry and Defense Secretary Chuck Hagel met with 10 of their NATO counterparts to create a coalition to fight ISIS (also known as ISIL). Kerry on Friday ruled out boots on the ground in Syria, calling that a "red line for everybody."

Mr. Obama on Friday also said he plans on moving forward with some immigration reforms in the U.S., since the Republican-led House has failed to pass the comprehensive bill passed in the Senate last year.

"In the absence of congressional action, I intend to take action to make sure that we're putting more resources on the border, that we're upgrading how we process these cases, and that we find a way to encourage legal immigration and give people some path, so that they can start paying taxes, and then pay a fine and learn English and be able to not look over their shoulder but be legal, since they've been living here for quite some time," Mr. Obama said.

The president said he'll be reviewing policy proposals from Attorney General Eric Holder and Department of Homeland Security Secretary Jeh Johnson and that he'll be "making an announcement soon."