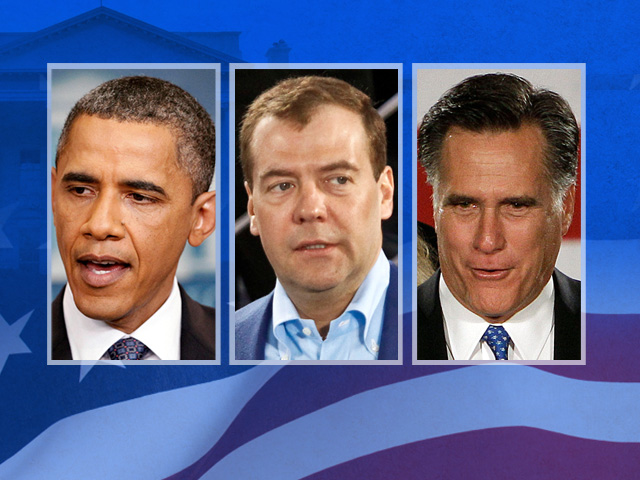 (CBS News) The kerfuffle that emerged after President Obama said he would be better able to negotiate with Russia over a divisive missile defense program after the election is fresh evidence of a long-standing rift between the two major parties on how to deal with the former Cold War adversary.

Three years after the Obama administration called for a "reset" of relations with Russia, White House hopeful Mitt Romney slammed the president for saying during a "hot mic" moment with Russian President Dmitry Medvedev that he would have "more flexibility" after the November elections to negotiate on a U.S. missile defense shield in Europe. Romney called the remarks "terribly wrong" and "alarming."

"This is without question our number one geopolitical foe, they fight every cause for the world's worst actors, the idea that he has some more flexibility in mind for Russia is very, very troubling indeed," Romney said in an interview with CNN. "The idea that our president is planning on doing something with them that he's not willing to tell the American people before the election is something I find very, very alarming."

Medvedev, in South Korea with Mr. Obama for a meeting with nearly 50 global leaders at a nuclear security summit, admonished the former Massachusetts governor on Tuesday, saying "it is 2012, not the mid-1970s" and that the U.S. and Russia are not the enemies they once were. He said the candidate's comments "smelled of Hollywood" and urged Romney to "use his head."

While that may be true, Romney's comment that Russia is the "number one geopolitical foe" of the United States nonetheless reveals a tension over how to deal with Russia from both Democrats and Republicans.

Romney's comments are just political posturing, said Joseph Cirincione, a nuclear weapons expert who teaches at Georgetown University and is an advocate for reducing the world's nuclear arsenal.

"It is not anything different than other presidents have said in the past about their plans for after the election when they have a new mandate. Everybody knows this. Everybody understands this," said Cirincione, president of the Ploughshares Fund. Cirincione serves on Secretary of State Hillary Clinton's International Security Advisory Board.

Cirincione said "nuclear hawks" in Washington want to pressure Mr. Obama on the missile defense shield as a way preventing cuts the size of the U.S. nuclear arsenal.

"Outside the political realm, there is broad bipartisan agreement, military security establishment, we do not need the huge nuclear arsenal we now have. It is ill suited to the threats we actually face. Once it gets political, then somehow cutting nuclear weapons is associated with weakness and concessions and appeasement," he said.

Rademaker said the president's off-guard comments reveal his true intentions to downgrade the capability of the missile defense system.

"He wasn't saying let's postpone this because this is really hard," Rademaker said, referring to Mr. Obama. "He was saying leave me alone for a year and I will come back to you with a better proposal."

And he said voters should be troubled by that because it is a candid admission that the president is willing to make concessions to the Russians after the election that he thinks would hurt his chances for re-election if they were implemented before November.

Mr. Obama pushed back against those charges, telling reporters in Seoul that he was not "hiding the ball" from U.S. voters.

"I don't think it's any surprise that you can't start that a few months before a presidential and congressional election in the United States," Mr. Obama said.

Rademaker said it should not surprise anyone that Republican candidates would "jump all over" Mr. Obama's comments, given their context shows Mr. Obama was talking about more than just missile defense.

Rademaker is an informal, unpaid adviser to the Romney campaign but stressed to CBS News that his comments only represent his personal opinions and do not reflect the campaign's views in any way.