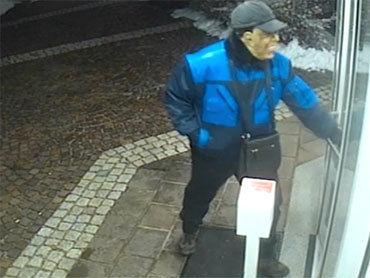 (CBS/AP) VIENNA - An arrest has been made in a string of bank robberies committed in Austria, by a suspect wearing a mask of Barack Obama.

Police say the 45-year-old German man is suspected of carrying out seven heists since 2008, the most recent on Thursday afternoon in the village of Fornach, northeast of Salzburg. He was taken into custody about 2 miles away a short time later after a police dog found a bag containing the Obama mask, a weapon and the loot.

There is no word on whether Donald Trump has asked to see the man's birth certificate.