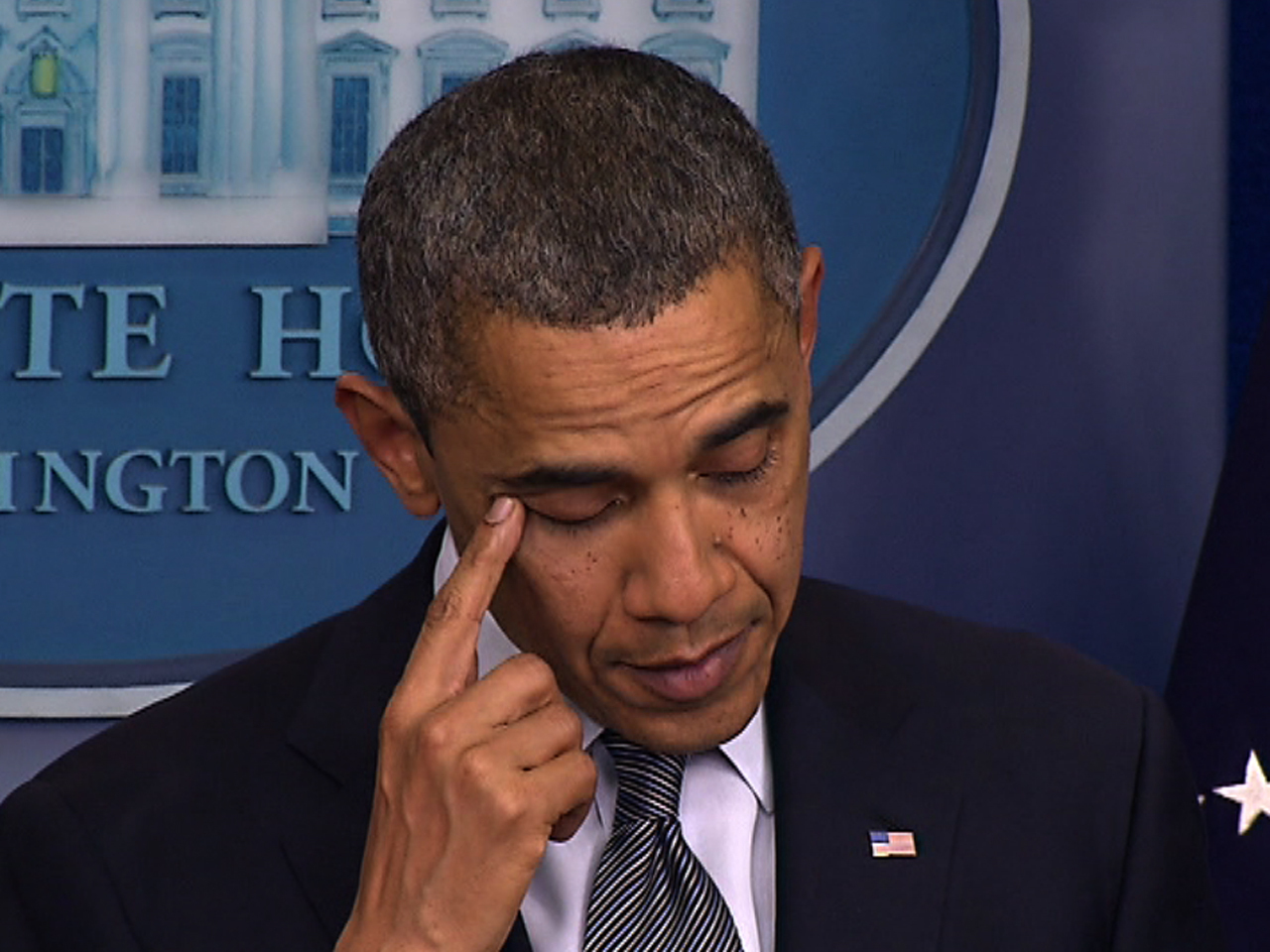 With Washington stalemated on the "fiscal cliff", the weekly addresses from President Obama and the Republican Party were expected to focus on that fight - until the unexpected happened Friday at an elementary school in Newtown, Conn.

Instead, the president used his address this week to echo the remarks he made after the shooting, saying "we have to come together and take meaningful action to prevent more tragedies like this. Regardless of the politics."

House Speaker John Boehner, R-Ohio, for his part, canceled the GOP's weekly address, saying in a written statement: "There will be no Weekly Republican Address this weekend so that President Obama can speak for the entire nation at this time of mourning. I join the president - and all Americans - in sending prayers and condolences to the victims' loved ones."

On Friday, we learned that more than two dozen people were killed when a gunman opened fire in an elementary school in Newtown, Connecticut.

Most of those who died were just young children with their whole lives ahead of them. And every parent in America has a heart heavy with hurt.

Among the fallen were also teachers - men and women who devoted their lives to helping our children fulfill their dreams. So our hearts are broken today. We grieve for the families of those we lost. And we keep in our prayers the parents of those who survived. Because as blessed as they are to have their children home, they know that their child's innocence has been torn away far too early.

As a nation, we have endured far too many of these tragedies in the last few years. An elementary school in Newtown. A shopping mall in Oregon. A house of worship in Wisconsin. A movie theater in Colorado. Countless street corners in places like Chicago and Philadelphia.

Any of these neighborhoods could be our own. So we have to come together and take meaningful action to prevent more tragedies like this. Regardless of the politics.

This weekend, Michelle and I are doing what I know every parent is doing - holding our children as close as we can and reminding them how much we love them.

There are families in Connecticut who can't do that today. And they need all of us now. Because while nothing can take the place of a lost child or loved one, all of us can extend a hand to those in need - to remind them that we are there for them; that we are praying for them; and that the love they felt for those they lost endures not just in their own memories, but also in their community, and their country.