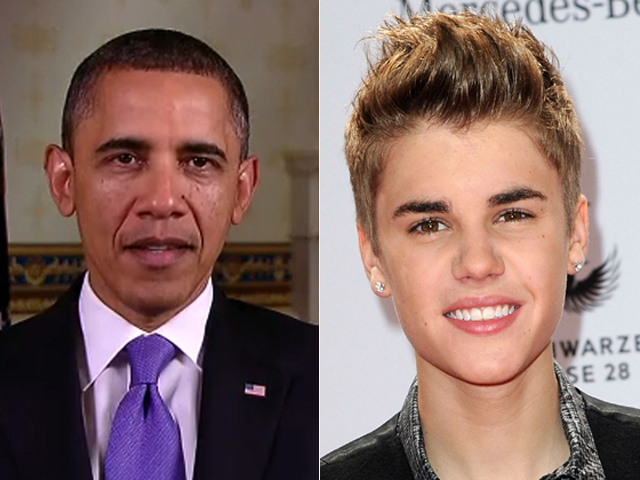 President Obama was asked by a student in Sydney, Australia during a stop on the trip that would take him to Asia if he'd ever team up with a celebrity such as teen sensation Justin Bieber in order to reach more people.

CBS News senior White House correspondent Bill Plante reports the president responded by saying that, if he's going to be successful, it would be because of his own ideas, not because he was hanging out with Bieber.

"But I'll tell you something," Plante remarked, "The kid who asked that question may have a future in politics!"

Mr. Obama traveled to Bali, Indonesia Thursday. He was wrapping up his tour of Asia, attending two Pacific region summits. The president flew from a remote military base in Darwin, Australia, where U.S. Marines will soon be training with Australian forces.

Plante noted the U.S.-Australian alliance began after a Japanese air raid sank a U.S. ship in Darwin's harbor in 1942. The president is promising that the U.S. will expand its military presence in the Pacific, despite cuts in defense spending, a move seen in the region as a counterweight to China.

Mr. Obama said at the military base appearance, "We have the power to protect and guard our own here in the Asian Pacific -- and all around the world."

He was welcomed to the base in Darwin to the tune of Elton John's "Crocodile Rock." He also let out an Australian cheer, "Aussie, Aussie, Aussie!" at the event. The crowd responded with the same exuberant words.