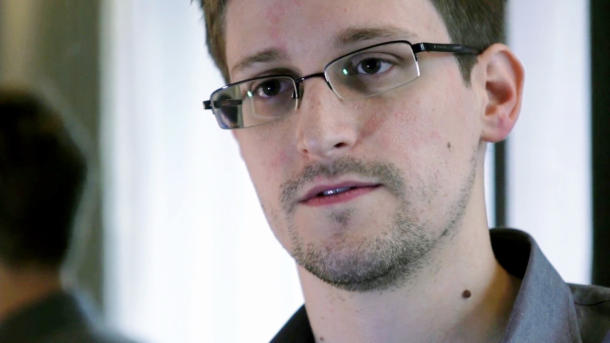 "The two leaders noted the importance of U.S.-Russian bilateral relations and discussed a range of security and bilateral issues, including the status of Mr. Edward Snowden and cooperation on counter-terrorism in the lead-up to the Sochi Winter Olympics," the White House said in a statement.

Earlier Friday, White House spokesman Jay Carney declined to say specifically what Mr. Obama would say to his Russian counterpart, but he said Putin should be aware of the Obama administration's position.

"We have a history of effective law enforcement cooperation with Russia," White House spokesman Jay Carney said Friday. "Through those channels and through the normal procedures, we believe Mr. Snowden ought to be expelled from Russia."

Snowden, who leaked information about sweeping, secret government surveillance programs, is currently stuck in legal limbo in the transit zone of Moscow's Sheremetyevo airport and is seeking asylum in Russia. He faces three felony charges in the United States. Carney suggested that returning Snowden to the United States would be the logical move for Putin.

"I would simply say that providing a propaganda platform for Mr. Snowden runs counter to the Russian government's previous declarations of Russia's neutrality and that they have no control over his presence in the airport," he said. "It's also incompatible with Russian assurances that they do not want Mr. Snowden to further damage U.S. interests."

Carney added, "We don't believe this should and we don't want it to do harm to our important relationship with Russia."

In a separate State Department briefing, spokeswoman Jen Psaki said "no question" that any country that helps Snowden would "raise concerns" in their relationship with the U.S., but this hasn't happened yet. She added, however, that the U.S. government is "disappointed" that Russian officials have "facilitated a propaganda platform" for Snowden.

About a dozen activists and officials privately met with Snowden Friday in the airport transit zone, even though the U.S. Embassy in Moscow contacted Human Rights Watch and other organizations who attended the event to express the United States' view that Snowden is a felon and not a whistleblower, according to the State Department.

Carney said Friday, "Mr. Snowden is not a human rights activist, or a dissident. He is accused of leaking classified information, has been charged with three felony accounts, and should be returned to the United States where he will be accorded full due process."

Taking a jab at Russia's own human rights issues, Carney added, "I think we would urge the Russian government to afford human rights organizations the ability to do their work in Russia throughout Russia. Not just at the Moscow transit lounge."