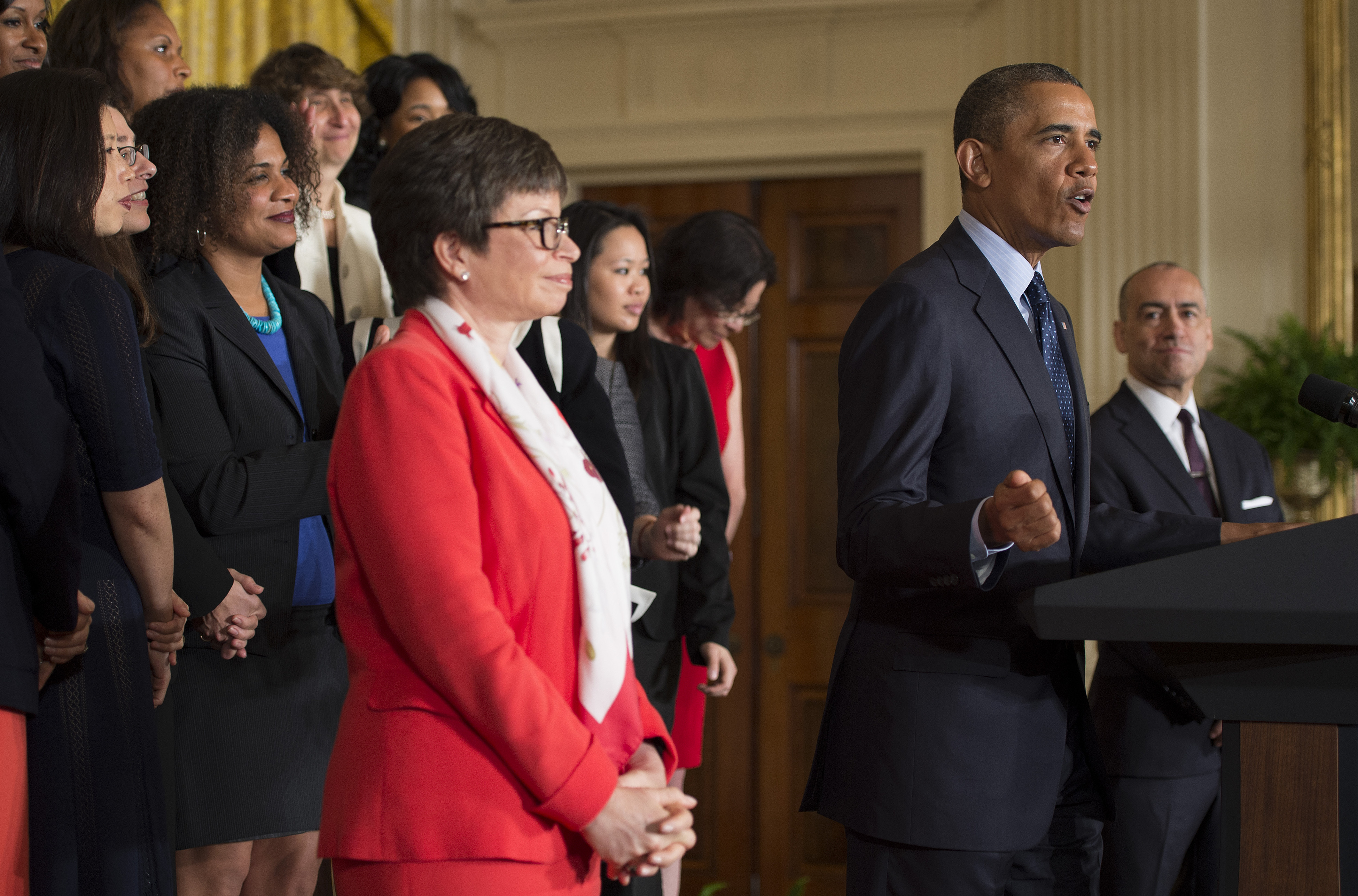 Celebrating the 50th anniversary of the Equal Pay Act, President Obama on Monday celebrated the work of all the "brave women" who fought to get the law passed, even while promising to "recommit ourselves to the work that remains to be done" until equal pay in the workforce is an American reality.

Mr. Obama, whose administration has been recently embroiled in a series of controversies, took a moment on Monday to tout some of his efforts to advance the interests of women, including the Lilly Ledbetter Fair Pay Act, which was the first bill he signed into law as president; the White House Council on Women and Girls, which he created, and a National Equal Pay Task Force he developed.

Still, the president argued, not enough has been done to achieve pay equity among women and men in the U.S. workforce. He pointed out that when former President John F. Kennedy signed the bill into law 50 years ago, women were making 59 cents to the dollar that men earned.

"Now, it's 77 cents - it's even less by the way if you're an African-American or a Latina," he said. "So I guess that's progress, but does anybody here think that's good enough?"

He called for Congress to pass a Paycheck Fairness Act and to raise the minimum wage, and for educators to encourage more young women to pursue math and science in school. He urged businesses to offer flexibility for parents to be accessible as both parents and employees.

"As long as this gap persists we're going to have more work to do and now is the time to keep up the work that all those trailblazers started 50 years ago," Mr. Obama said. "When more women are bringing home the bacon, they shouldn't just be getting a little bit of bacon."