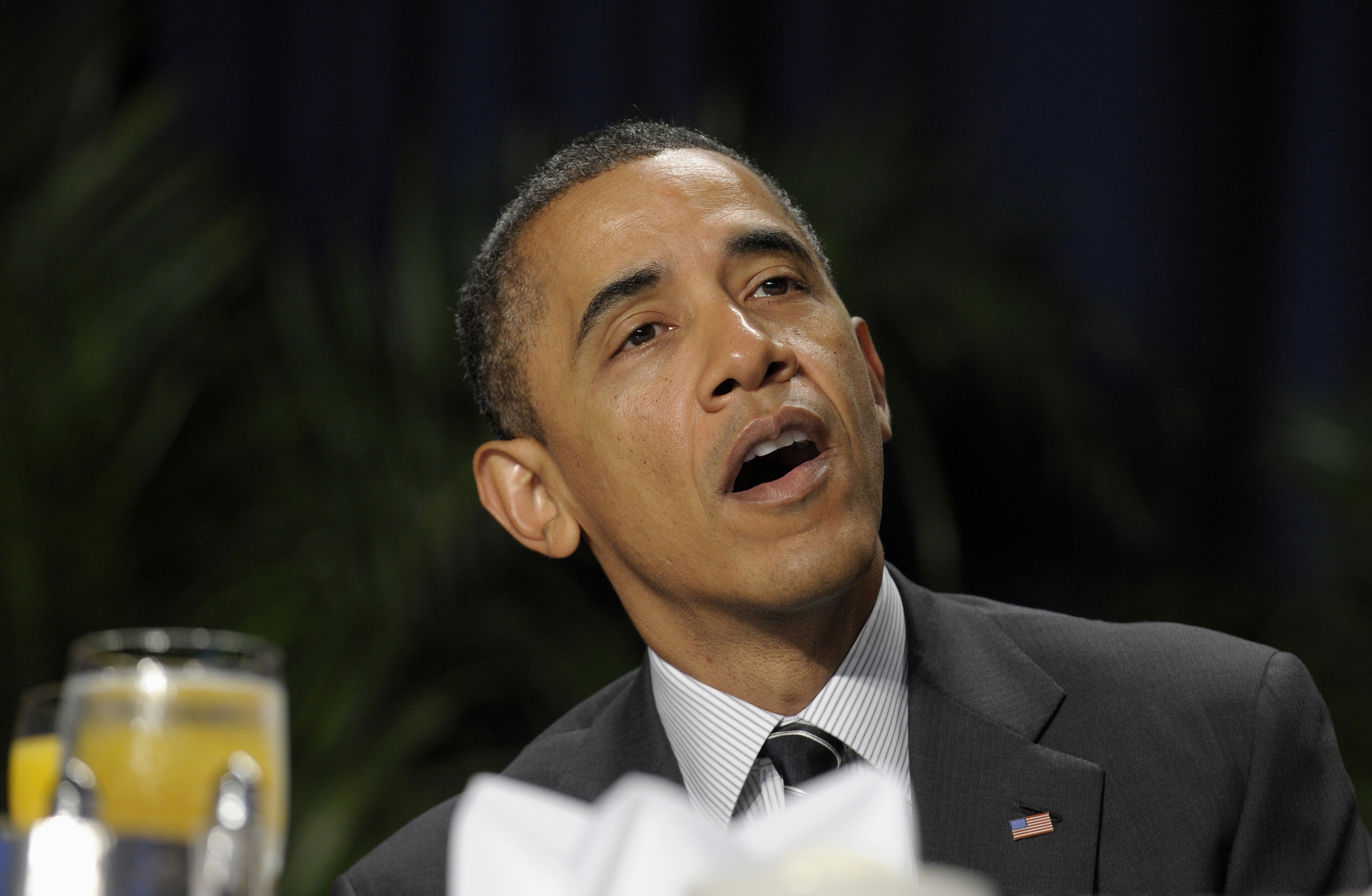 WASHINGTON - Blending politics and religion, President Barack Obama said his Christian faith is a driving force behind his economic policies, from Wall Street reform to his calls for the wealthy to pay higher taxes.

Obama's remarks Thursday at the National Prayer Breakfast were his most explicit account of how his personal religious beliefs factor into his decision-making on the nation's pressing problems. The comments came amid election-year criticism from Catholic groups and some Republicans that the president is waging a war on religion following his decision to require church-affiliated institutions to cover free birth control for employees.

Speaking to more than 3,000 people at the annual breakfast, Obama said "faith and values" should play as much as role in tackling the nation's challenges as sound decision-making and smart policies.

He said, for example, that his own call for fairness in the tax code — a central tenet of his State of the Union address and his 2012 campaign — is both economically sound and consistent with the teachings of Jesus.

"If I'm willing to give something up as somebody who's been extraordinarily blessed, and give up some of the tax breaks that I enjoy, I actually think that's going to make economic sense," he said. "But for me as a Christian, it also coincides with Jesus's teaching that `for unto whom much is given, much shall be required.' It mirrors the Islamic belief that those who've been blessed have an obligation to use those blessings to help others, or the Jewish doctrine of moderation and consideration for others."

He also said the Wall Street reform he championed both "makes the economy stronger for everyone" and abides by God's command to "love thy neighbor as thyself" because it helped people who had been hurt or treated unfairly by financial institutions.

And Obama said he believed in a "biblical call" to care for the poor and to follow "the responsibility we're given in Proverbs to `Speak up for those who cannot speak for themselves, for the rights of all who are destitute."'

The president's remarks came one day after Mitt Romney, the front-runner for the Republican nomination, created a flap with clumsy comments about the poor.

"You can focus on the very poor; that's not my focus," Romney said.

While the White House said the president's remarks were not meant to be political, his comments did fit neatly into the Obama campaign's effort to draw sharp contrasts between the president and Romney.

The former Massachusetts governor is among Republicans who have criticized the president for not exempting religious organizations from a requirement in the 2010 health care law that requires insurers to cover birth control for their employees. Romney said this week that the president was ordering "religious organizations to violate their conscience."

"He made the claim that his policies of taxing the rich is authorized by the Bible, that he is doing what is biblically called for by taxing the rich, by having the government tax the rich. Now, I've read the Bible, and I must have missed that passage," Santorum told reporters.

"This is an administration that attacks religion, and then tries to cloak itself in religion in order to take your money."

Obama never mentioned the health care controversy in his remarks Thursday, nor did he reference his Republican rivals by name. But his broader defense of his policies was a rare interjection of politics into the annual prayer breakfast. The breakfast is organized by bipartisan congressional lawmakers, but speakers often avoid overt political references beyond calling for civility and respect in Washington.

While Obama speaks often about his faith, he prefers to worship in private. He said Thursday that he starts each morning with a brief prayer, then spends time reading scripture. Sometimes, he said, pastors come to the Oval Officer to pray with him, for his family and for the country.

He also described his own religious transformation in deeply personal language Thursday, from growing up in a non-religious home to finding Christ later in his life. He recalled a visit a few years ago with the evangelist Rev. Billy Graham, which ended with the president feeling compelled to pray for the aging Graham.

Obama said when he found himself at that moment not knowing what to say, the Holy Spirit interceded.

"I have fallen on my knees with great regularity since that moment, asking God for guidance not just in my personal life and my Christian walk, but in the life of this nation and in the values that hold us together and keep us strong," he said.