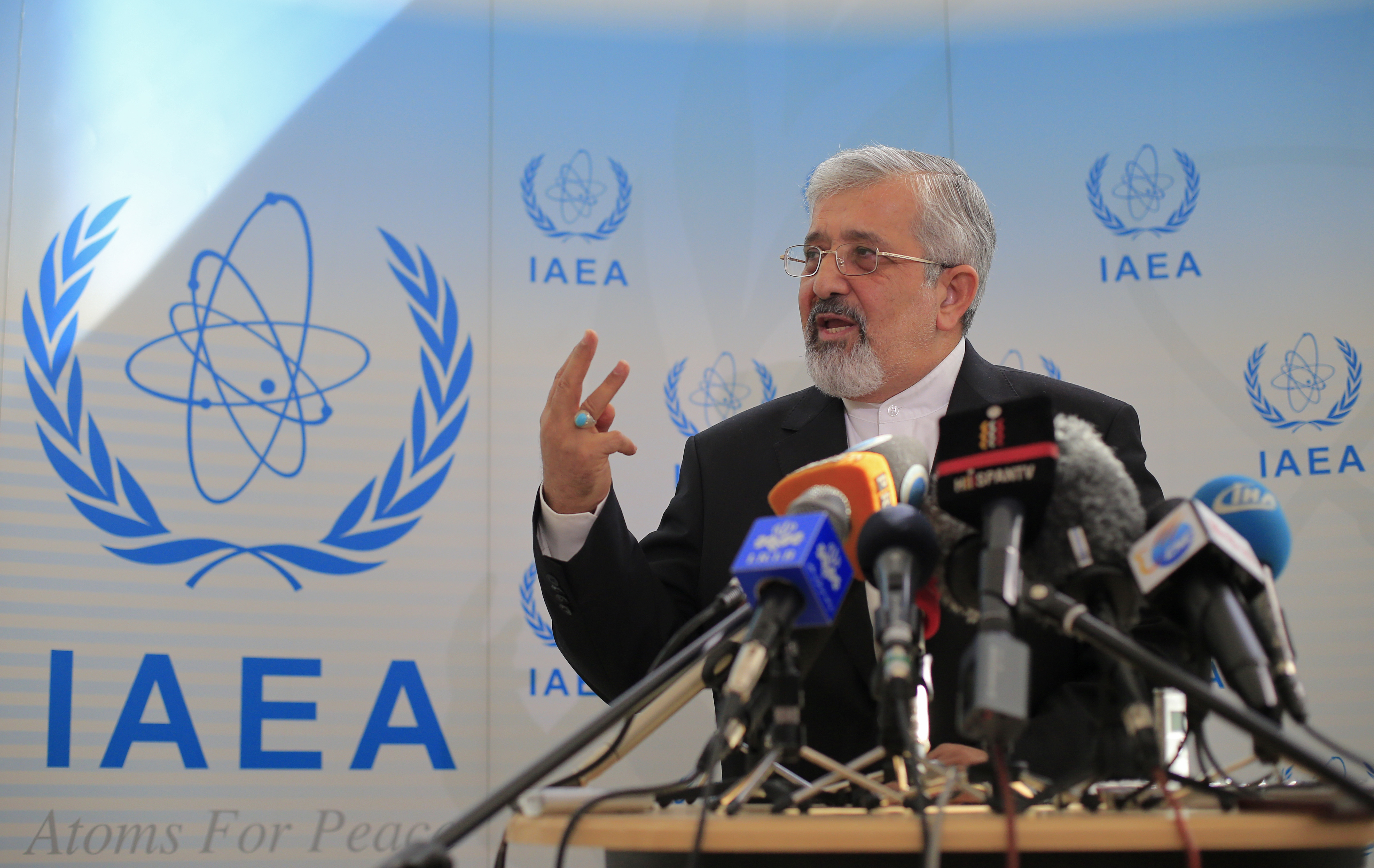 Turning the screw on Iran and its nuclear program, the Obama administration imposed new sanctions Monday on Iran's currency and auto industry, seeking to render Iranian money useless outside the country and to cut off the regime from critical revenue sources.

The executive order from President Barack Obama broadens what is already a concerted and multifaceted sanctions campaign aimed at crippling Iran's economy, forcing it to comply with international demands that it prove its nuclear program is peaceful. The U.S. believes Iran is working to develop nuclear weapons, a charge that Iran denies.

Officials described the move as part of a dual-track effort to offer meaningful negotiations to the Iranian regime while continually upping the economic pressure.

"Even as we intensify our pressure on the Iranian government, we hold the door open to a diplomatic solution that allows Iran to rejoin the community of nations if they meet their obligations. However, Iran must understand that time is not unlimited," said White House press secretary Jay Carney, adding that more sanctions would be levied if the regime doesn't change course.

Senior administration officials said the sanctions were designed to make the rial essentially unusable outside of Iran. The hope is that banks and businesses holding Iranian currency will dump the funds, making the rial weaker. The value of the rial by half since the start of 2012, the White House said.

Officials would not specify what constitutes a "significant" transaction. The officials were not authorized to speak on the record about the sanctions and spoke on condition of anonymity.

Another set of sanctions will target those who enable Iran's auto manufacturing sector by banning the sale or transfer of goods or services to be used in Iran's auto sector. Officials said the auto sector is a key source of revenue for the regime. Many of the auto parts and components from subsidiaries are dual-use and can be used in centrifuges or missiles.

Also subject to penalties will be anyone who provides material support to Iranians and others who have been blacklisted under previous U.S. sanctions. An exception will be made for some activities related to a pipeline project to move natural gas from Azerbaijan to Europe and Turkey.

The appetite has been growing on Capitol Hill for even tougher measures against Iran, fueled in part by lawmakers' concerns about key U.S. ally Israel, which considers a nuclear-armed Iran to be an existential threat. Last month the House Foreign Affairs Committee approved legislation that would impose even tougher economic sanctions against Tehran, while the Senate resolved the U.S. should back Israel if it's forced to take military action against Iran.

Harsher steps to isolate Iran are on the agenda Tuesday at a Senate Banking Committee hearing, where officials from the Treasury, Commerce and State departments are set to testify. An amendment being pushed by two of the panel's members, Sen. Joe Manchin, D-W.Va, and Sen. Mark Kirk, R-Ill., would go even further than Monday's announcement by targeting all Iranian foreign assets overseas - such as euros Tehran might be holding in Japan.

The U.S. has already targeted other major sectors, most prominently Iranian oil exports, and last week targeted Iranian petrochemicals - the largest source of funding for Iran's nuclear program after oil. Although Iranian officials have tried to downplay the effectiveness of the U.S. efforts, the Obama administration says they have had crippling effects. Crude oil production in Iran has fallen about 700,000 barrels per day since 2012, the White House said last week, and exports have dropped even more dramatically, costing Iran about $3 billion to $5 billion in revenue.

The new round of sanctions comes at a politically charged moment in Iran, where the effects of U.S. sanctions have been a major issue ahead of the June 14 election to choose a replacement for term-limited President Mahmoud Ahmadinejad. U.S. officials said the timing of the sanctions was not related to the upcoming elections.