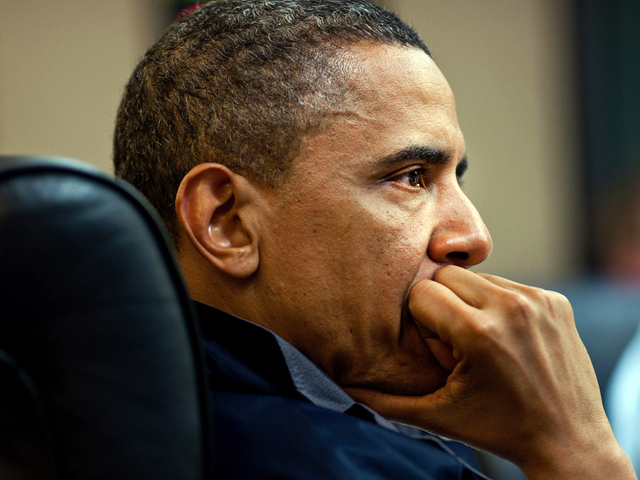 As information from the operation targeting Osama bin Laden flowed into the Situation Room on Sunday afternoon, President Obama exclaimed "We got him," based on what he was hearing and seeing, according to a senior administration official.

One official heard a commander on scene say "Geronimo E-KIA." Geronimo was the code name for Bin Laden; E-KIA is "enemy killed in action."

Senior officials believe that bin Laden had lived in the compound for more than three years - perhaps since it was built.

In a meeting on March 29, the president took a B-2 bombing operation on the compound off the table and settled on the course of action that was taken. There was one other possible scenario; we don't know what it was.