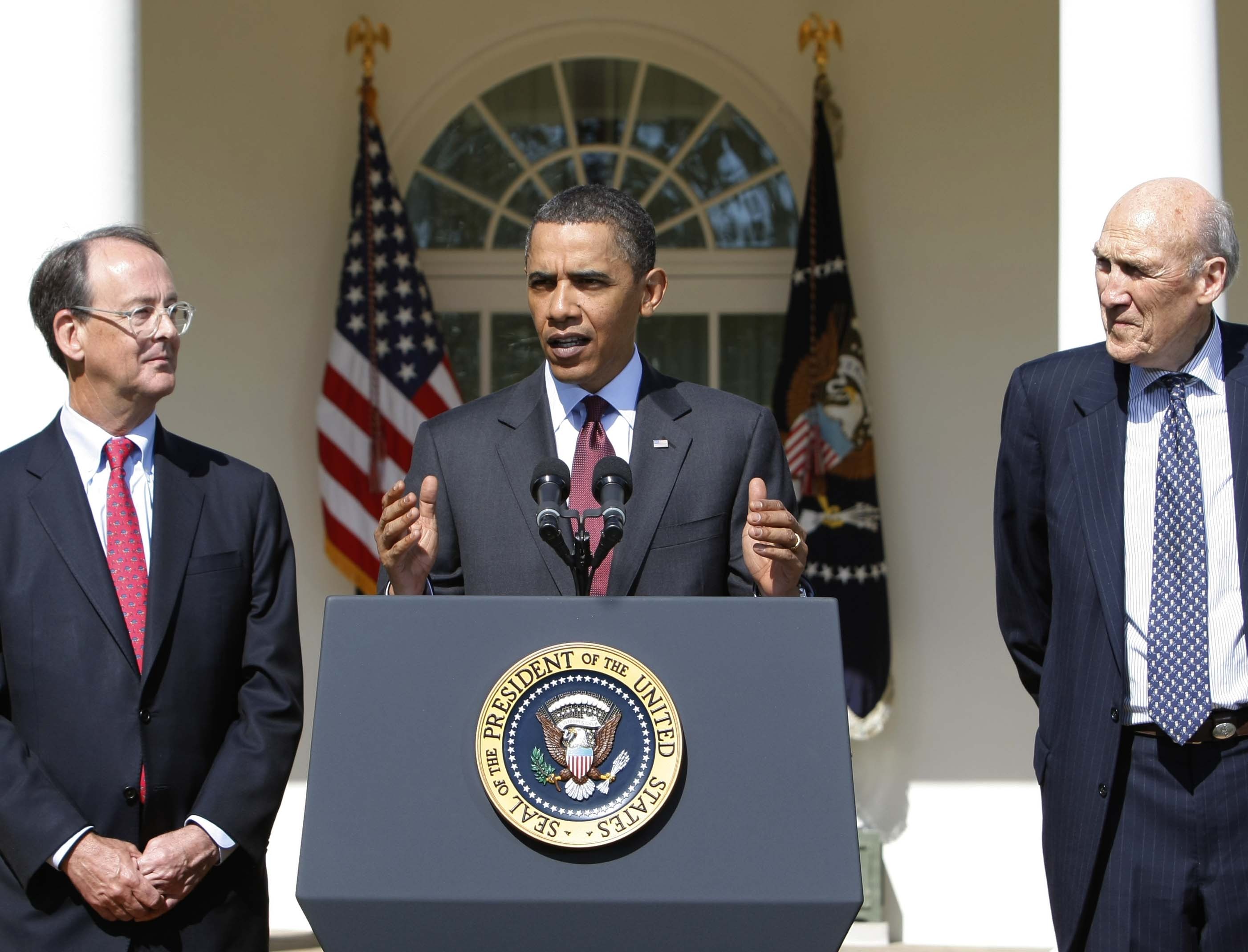 President Obama said his administration was willing to "tell the hard truths even when it's hard," and elaborated on his recently announced bipartisan deficit commission which held its first meeting today at the White House.

During the remarks from the Rose Garden, Mr. Obama pointed to the deficit he inherited when he took office, blaming those who came before him.

"For years, folks in Washington deferred politically difficult decisions and avoided telling hard truths about the nature of the problem ," he said.

In the last fiscal year, the federal government ran a record $1.4 trillion deficit, and the national debt is now almost $13 trillion.

The president touted some steps he has proposed to lower the deficit, including calling for "pay as you go" rules to be restored, promising to go line by line in the budget to find savings and seeking a three year freeze on discretionary government spending in the budget for the next fiscal year.

But he had this message to add: "But all these steps, while significant, are simply not enough."

"I've said that it's important that we not restrict the review or the recommendations that this commission comes up with in any way ," Mr. Obama added. "Everything has to be on the table."

The 18-member commission, being spearheaded by Erskine Bowles and Alan Simpson, has been instructed not to deliver its recommendations for cutting costs until after the November election.

"Of course, this means that all of you, our friends in the media, will ask me and others once a week or once a day about what we're willing to rule out or rule in when it comes to the recommendations of the commission," said the president. "That's an old Washington game."

The president stressed repeatedly that deficit reform is often overshadowed by "politics of the moment," and "special interest pressures."

"I think I've shown over the last year that I'm willing to do things even when they're not popular," said Mr. Obama, and urged the panel to finally end "an already severe fiscal crisis brought on by decades of bad fiscal habits in Washington."