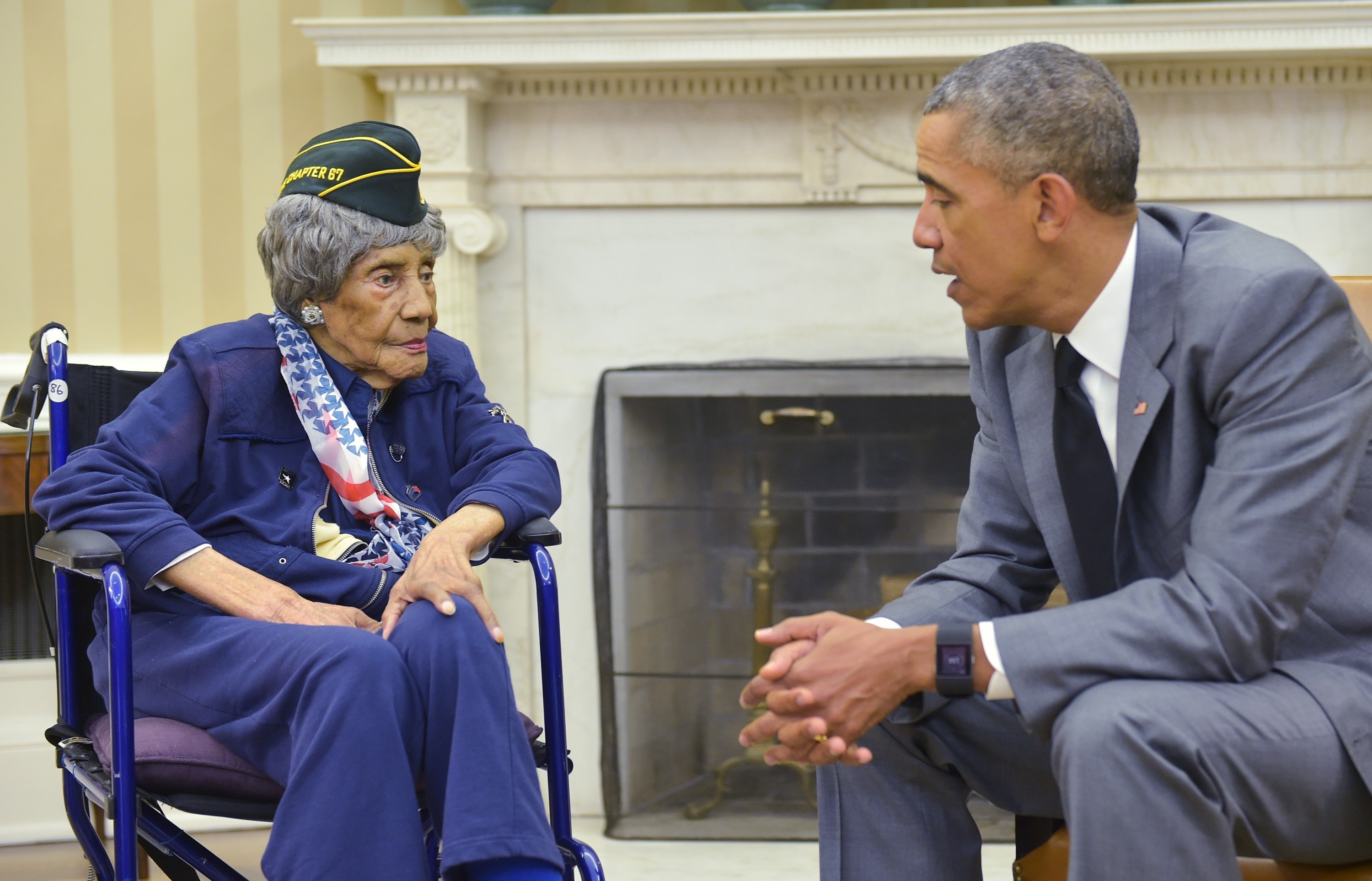 President Obama met with a 110-year-old woman believed to be the nation's oldest veteran at the White House Friday.

The president said it was a "great honor" to speak with Emma Didlake, a longtime Detroit resident and veteran of the Women's Army Auxiliary Corps during World War II.

"It's a great reminder of not only the sacrifices that the greatest generation made on our behalf but also the kind of trailblazing that our women veterans made," Mr. Obama told reporters. "We are so grateful that she is here with us today."

The meeting was arranged by Talons Out Honor Flight, a southwest Michigan chapter of a national nonprofit that provides free, one-day trips for veterans to visit Washington's monuments and memorials.

Didlake is especially excited to see the memorial honoring her other favorite president, Franklin D. Roosevelt.

Known to family as "Big Mama," Didlake was a 38-year-old wife and mother of five when she "wanted to do something different" and signed up for the WAAC in 1943, said her granddaughter, Marilyn Horne. She served stateside for about seven months during the war, as a private and driver.

After she was discharged, she and her family moved to Detroit in 1944 - and she quickly joined the local NAACP chapter. She marched with the Rev. Martin Luther King Jr. in 1963, and received a lifetime achievement award two years ago from the chapter.

Dan Moyle, co-founder of Talons Out Honor Flight, said his group is awed by her life story.

"She's really forged a path for women and minorities," he said.

Moyle said his group was contacted by the Honor Flight affiliate in Austin, Texas, after the death of 108-year-old veteran Lucy Coffey, who took an honor flight and met Obama last year. Friends first alerted members of the Texas group of Didlake's age and her interest in being involved.

Talons Out officials contacted Didlake and her family, along with U.S. Rep. Fred Upton to make the necessary White House connections.

"African American veterans who helped integrate our armed services -- we are very, very proud of them," the president said. "That's why we gotta make sure we do right by them."