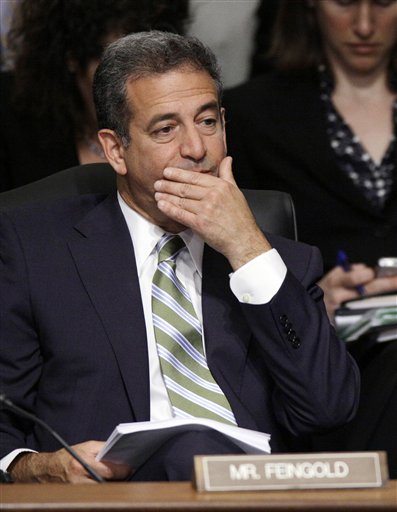 New cracks are opening in the relationship between President Barack Obama and his liberal allies in Congress over his desire to continue Bush-era tactics against terrorism and his opposition to protecting reporters from revealing their sources in national security cases.

Some supporters are grousing that Obama, just like President George W. Bush, is too willing to cite national security as a reason for invading Americans' privacy and restricting their right to know what the government is doing.

In recent weeks, the administration has asked Congress to extend key provisions of the USA Patriot Act that expire at year's end, sections that allow roving wiretaps on multiple phones, seizing of business records and a never-used authority to spy on non-Americans suspected of being terrorists even though they have no known connection to a recognized terrorist group.

Liberals have expressed a willingness to continue those practices, but they also are demanding restrictions on government surveillance and seizures and an increase in congressional scrutiny of government operations.

Sen. Russell Feingold, D-Wis., said he feared "the president would be surrounded with a series of presidential lawyers and advisers who would say, 'You must preserve prerogatives of the presidency.'"

"Well, this is precisely what happened," Feingold said.

"You know, you sound like a lot of people from DOJ (Department of Justice) who have come here before," Conyers told the recent witness.

Last week, the administration finally did tell lawmakers what changes it would accept in the Patriot Act, but Americans learned little: The briefing for lawmakers was in closed session because classified information was discussed.

Sen. Patrick Leahy, D-Vt., chairman of the Judiciary Committee, said prior to the classified briefing on the Patriot Act that he was willing to move ahead with changes with or without the blessings of the administration.

On a bill to shield reporters from having to disclose their anonymous sources in federal court, the administration infuriated a chief Senate Democratic sponsor by eliminating a proposed judicial balancing test between national security secrets and the public's right to information.

"The administration's opposition to the core of this bill came as a complete surprise and doesn't show much concern for compromise," said Sen. Chuck Schumer, D-N.Y. "This turns the bill's near-certain passage into an uphill fight."

Schumer's bill, in part, is a response to a judge's decision in 2005 to jail New York Times reporter Judith Miller for 85 days for refusing to identify the Bush administration officials who spoke with her about CIA employee Valerie Plame.

The complaints are not all one way.

Administration officials have also expressed unhappiness with the actions of some of Obama's supporters in Congress, particularly language in spending bills prohibiting the relocation of the U.S. terrorism detainees held at the Guantanamo prison, which Obama has vowed to close.

"The restrictions that we've had to deal with on the Hill give me great concern," said Attorney General Eric Holder, disputing the claim that Guantanamo detainees aretoo dangerous to be brought to U.S. soil.

Lawmakers acknowledge that Obama's perspective looking out from the White House, where he gets daily intelligence briefings, is different from the one he had when, as the junior senator from Illinois, he was on the opposite side of some issues.

National security disputes "are really under the category of separation of powers," where the executive branch and Congress both assert their constitutional authority, said Sen. Arlen Specter, D-Pa. He suggested those disputes might better be resolved by the federal government's third branch.

"I want courts to make these decisions on close questions," Specter said.