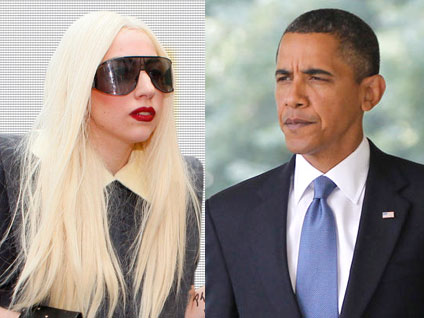 Stepping away from the upcoming midterm elections for a moment, there is another heated competition that has been getting some press. In this case, however, the results will likely have no impact on which party assumes control over Congress.

The contest in question here is between President Obama and Lady Gaga who, according to CNN, are competing to be the first living person to garner more than 10 million fans on the popular social networking site Facebook.

According to CNN, Facebook publicists informed them that the two are currently neck-in-neck in the race to 10 million, and that as of early this morning, Mr. Obama had the lead by about a 30,000 fans.

It should be noted that Mr. Obama's page is run by the group Organizing for America, which is part of the Democratic National Committee.

Actor Vin Diesel comes in third place among living individuals with 9,058,684 fans. But all three trail top vote getter Michael Jackson (over 13 million fans), who passed away a year ago today.

Michael Jackson Memorialized Around Globe
Pictures: Memories of Michael
Where Were You when You Heard about Jackson?
Complete Coverage: Michael Jackson's Life, Death, Legacy