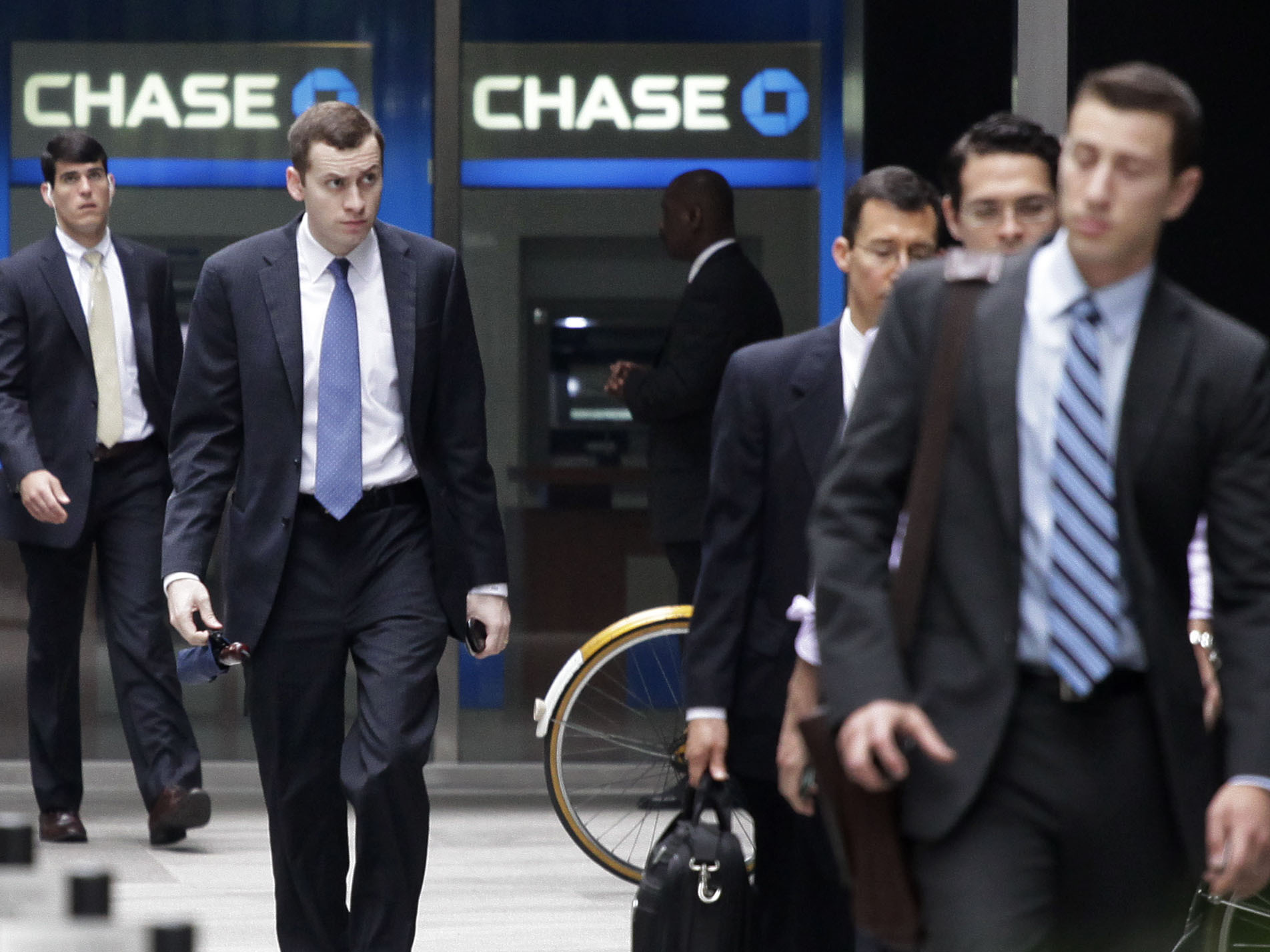 (CBS News) The White House said Monday that JPMorgan Chase's admission last week that it lost more than $2 billion in one set of trades is reason to continue to push for stronger, not weaker, regulation of the nation's financial system.

Appearing on ABC's "The View," President Obama called JPMorgan "one of the best managed banks there is" before noting that it "still lost $2 billion and counting."

"You could have a bank that isn't as strong, isn't as profitable managing those same bets and we might have had to step in," he added. "That's why Wall Street reform is so important."

White House spokesman Jay Carney told reporters aboard Air Force One that the situation showed why "[i]t's so important that we resist the efforts of Republicans and Wall Street lobbyists" to water down the 2010 rewrite of the rules of Wall Street."

"It is amazing, given the events we've seen the last few days that there are still those who are out there arguing that we should repeal Wall Street reforms, that we should let Wall Street write its own rules again," Carney said. Mr. Obama is set Monday to attend a fundraiser hosted by Tony James, a top executive at Blackstone, the private equity firm founded by prominent Republican backer Stephen Schwarzman.

In an interview that aired Sunday on NBC, Dimon said he was "dead wrong" to dismiss concerns raised a month earlier about the bank's trading practices as a "tempest in a teapot."

In 2010, Congress passed sweeping changes to the way the nation's financial system is regulated, though it left many of the most important details to various regulatory agencies to decide.

In the intervening two years, financial firms have flooded the regulatory process in an effort to make those rules more favorable to their industry, arguing that increased regulation stifles economic growth.

Dimon has been one of the most vocal opponents of one of the highest profile new rules aimed at preventing another taxpayer bailout of the big financial firms by preventing risky trading in the first place.

Named after former Fed chairman Paul Volcker, the "Volcker rule" essentially would have banned the banks from using their own money to invest in the financial markets.

First proposed two years ago as part of the overhaul of the Dodd-Frank legislation, the details of the rule have not been finalized and the fight over what would and would not be allowed is still ongoing before the July deadline to decide precisely what will be prohibited.

The JPMorgan Chase losses may have inadvertently showed how the banks planned to get around the forthcoming regulations. The rule included an exception for so-called "hedging," which is typically used to prevent losses from getting too large. But the banks were using the "hedge" to gamble, which would essentially nullify the primary reason for the rule.

And that could provide ammunition to critics who say the banks need tougher rules.

Massachusetts Senate candidate Elizabeth Warren, one of the most vocal critics of the financial services industry and the driving force behind the creation of the Consumer Financial Protection Bureau that was created as part of the law, called on Dimon to step down from his role as a director of the New York Federal Reserve Bank, which oversees the nation's largest banks.

The banks still believe that they should not have outside oversight, the liberal Democrat said Monday in an interview with "CBS This Morning."

"And I think that is just fundamentally wrong. It's wrong and dangerous," said Warren, who headed the congressional panel that oversaw the 2008 bank bailout.