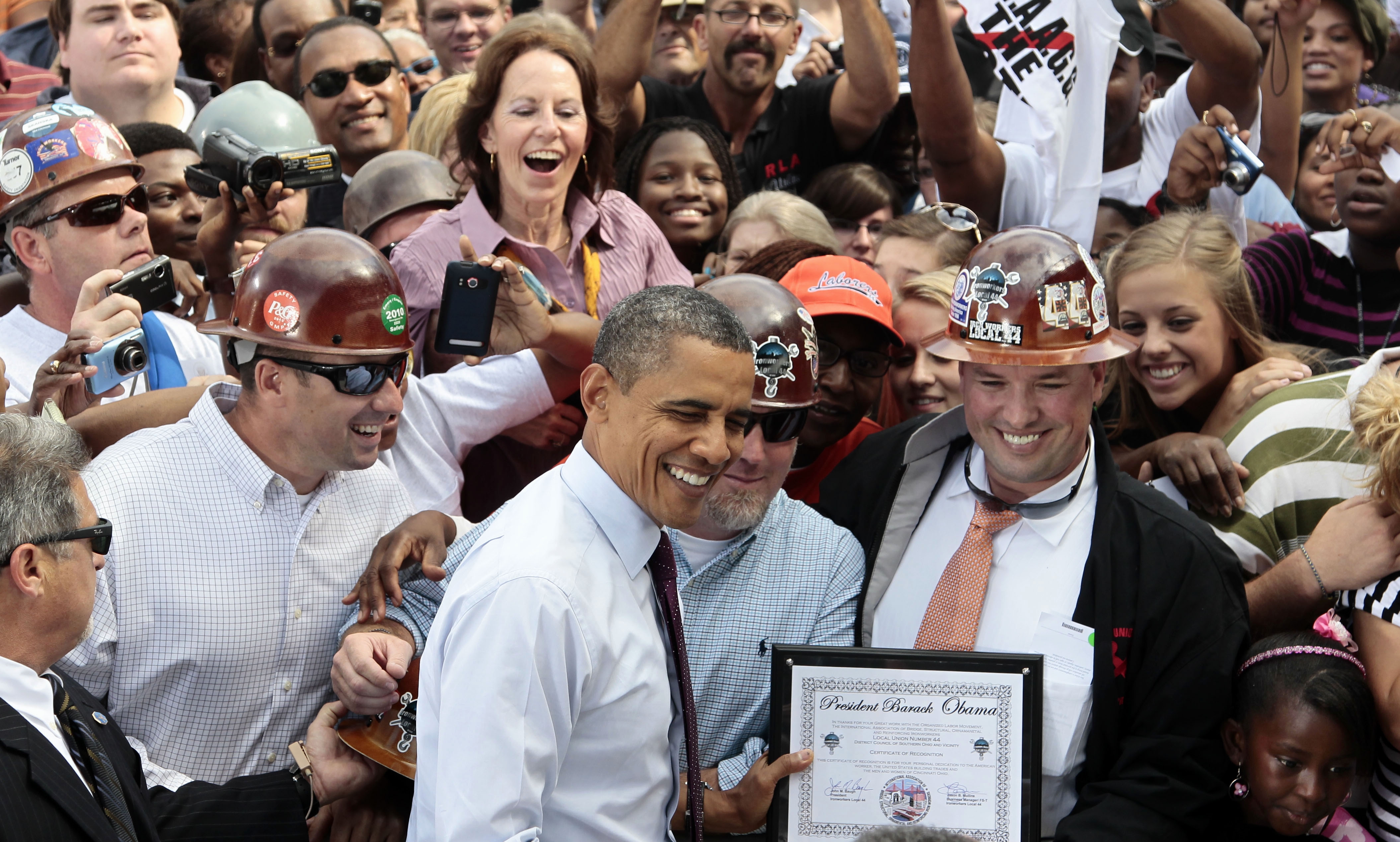 President Obama took his jobs plan to the people of Ohio on Thursday, urging a rowdy audience in House Speaker John Boehner's home state to help him "pass this bill!" - and proclaiming to the crowd that "I'm a warrior for the middle class."

"The bridge behind us just so happens to connect the state that's home to the Speaker of the House with the home state of the Republican leader in the Senate," Mr. Obama said, to a chorus of boos from the audience. "Part of the reason I came here is because Mr. Boehner and Mr. McConnell are the two most powerful Republicans in government."

Noting that "I know these men care about their states," and referencing McConnell's previous statement that "roads and bridges are not partisan in Washington," Mr. Obama concluded that "there's no reason for Republicans in Congress to stand in the way of more construction projects."

"There's no reason to stand in the way of more jobs," he said. "Mr. Boehner, Mr. McConnell, help us rebuild this bridge. Help us rebuild America. Help us put construction workers back to work. Pass this bill!"

The president also reiterated his push for a proposal that would raise taxes among wealthy Americans, noting that, while he wasn't trying to "punish success," those who had benefited from America's economic system "should do a little something to give something back."

"You should want to see the country that provided you with this opportunity to be successful," he said. "In the United States of America, a construction worker making $50,000 shouldn't pay higher taxes than somebody pulling in $50 million. That's not fair. It's not right. And it has to change."

"Say it!" cried a voice from the audience.

As the crowd behind him cheered, Mr. Obama went on to dismiss the notion that raising taxes on the rich amounted to "class warfare," as some Republicans have alleged.

"The Republicans in Congress call this class warfare," he said. "Well you know what? If asking a billionaire to pay the same tax rate as plumber or teacher makes me a warrior for the middle class, I'll wear that charge as a badge of honor."

"I'm a warrior for the middle class; I'm happy to fight for working people," Mr. Obama continued. "Because the only class warfare I've seen is the battle that's been waged against the middle class in this country for a decade."

The president closed out his remarks with a chorus of pleas to voters to push Congress to pass his jobs package.

"If you want to help our veterans share in the opportunity they defend - what do you do?"

"Pass this bill!" the audience cried.