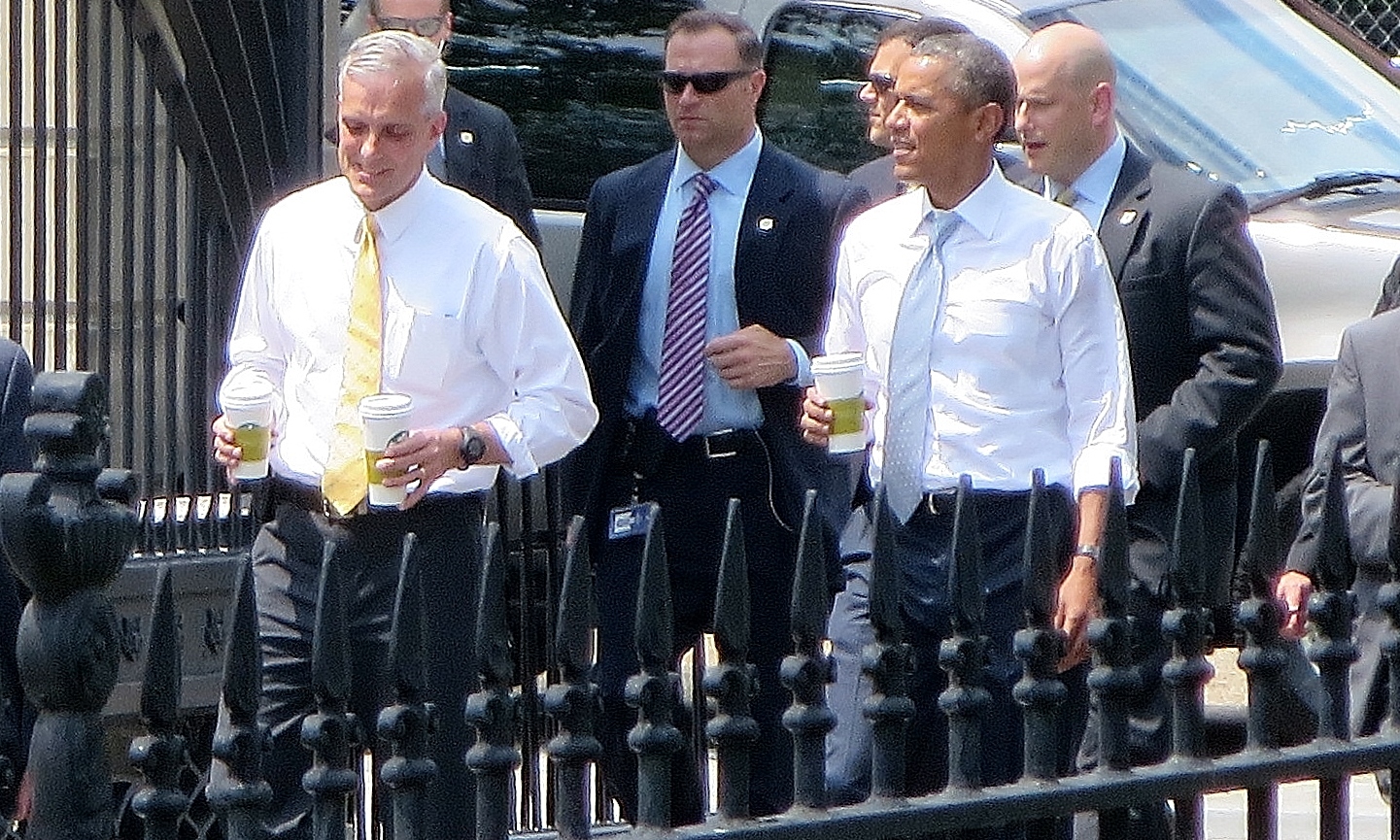 WASHINGTON - President Barack Obama slipped out of the White House for a run to a nearby Starbucks, ahead of the knot of White House reporters who normally accompany him when he leaves the White House grounds.

The short jaunt without reporters disregarded a longstanding tradition of the White House ensuring that reporters keep the president in sight. It's not uncommon for the president to make unplanned stops around Washington, but the press is always corralled in advance of those movements.

Obama and chief of staff Denis McDonough left the White House at mid-afternoon. Upon learning that Obama was on the move, White House communications director Jennifer Palmieri attempted to mobilize reporters to a nearby Dunkin Donuts, apparently the shop Obama and McDonough initially planned to visit.

Instead, the two headed for Starbucks, avoiding most reporters.

Palmieri said that before leaving Obama patted her on the back and said, quote, "The bear's loose," referring to himself.

CBS News Senior White House Correspondent Bill Plante bumped into the president and McDonough during their run, however, and asked, "how's the coffee?"