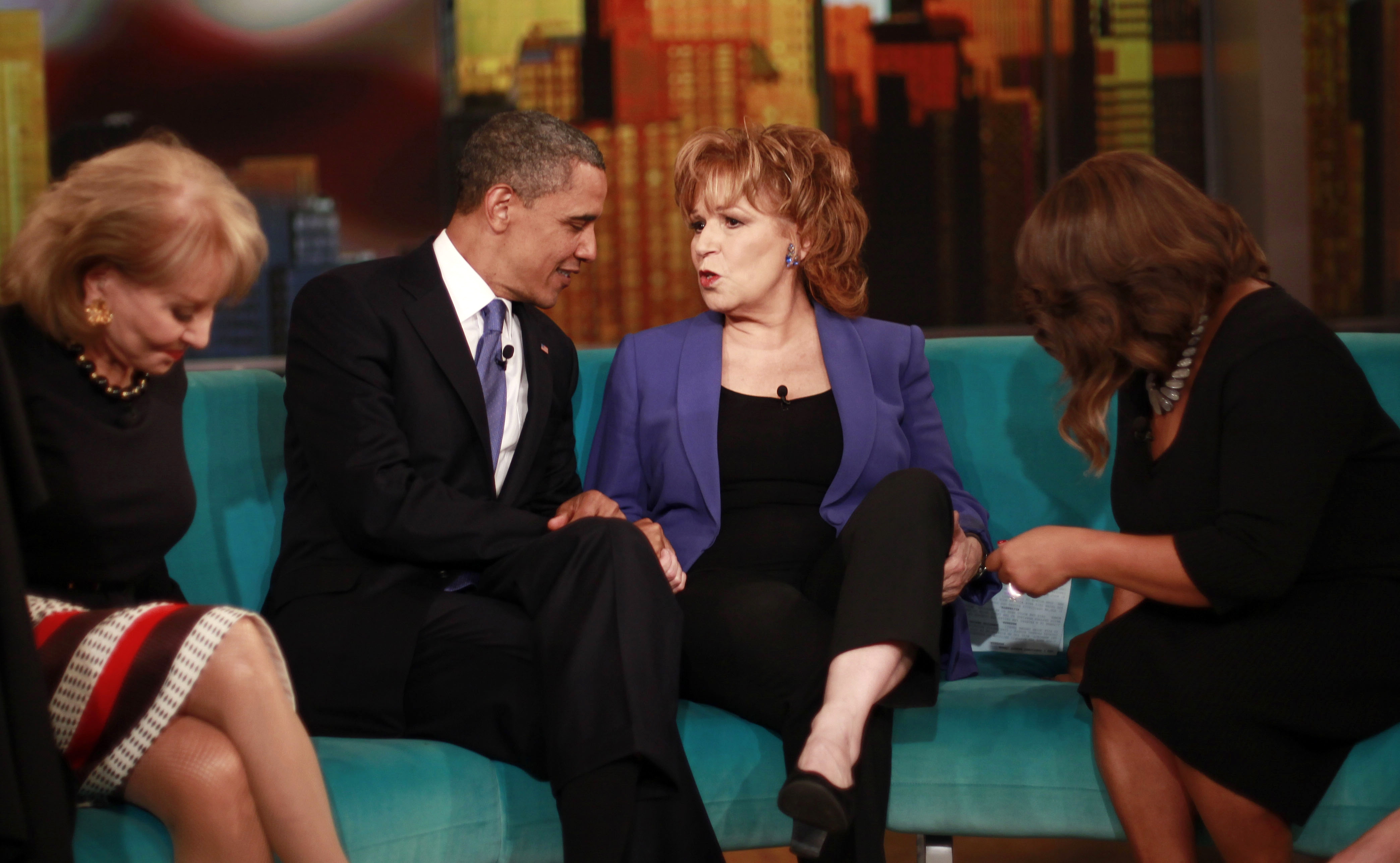 (CBS News) Reminded that he once said his presidency would be a "one-term proposition" if he didn't turn the economy around, President Obama now says he can't give himself a letter grade on the economy.

"I think it's still incomplete. We've still got work to do," Mr. Obama said in an interview on ABC's "The View," which aired Tuesday morning.

In 2009, the president told NBC that he'd be held accountable for the economy after his first term.

Responding specifically to a question about the 2009 stimulus, he said, "One nice thing about the situation I find myself in is that I will be held accountable. You know, I've got four years. And, you know, a year from now I think people are going to see that we're starting to make some progress. But there's still going to be some pain out there. If I don't have this done in three years, then there's going to be a one-term proposition."

Three years later, Mr. Obama told the hosts of "The View," "We still have some headwinds out there."

Still, he acknowledged, "What will determine the election is the economy and whether everybody - gay, straight, black, white, Hispanic, Latino, Native American, disabled, you name it - whether people feel as if America continues to be this extraordinary land of opportunity."

The Romney campaign responded to that particular statement, saying they agree.

"And with millions of Americans struggling for work and incomes declining in the Obama economy, we are confident that voters across the country will make Barack Obama a one-term president," they said in a statement.

The campaign also reminded voters that Mr. Obama gave himself a B plus in late 2009 during another ABC special, this one with Oprah Winfrey.

Mr. Obama told the hosts of "The View" that the presidential race would be tight, but when asked who would win, he responded confidently, "Oh, I'm going to win."