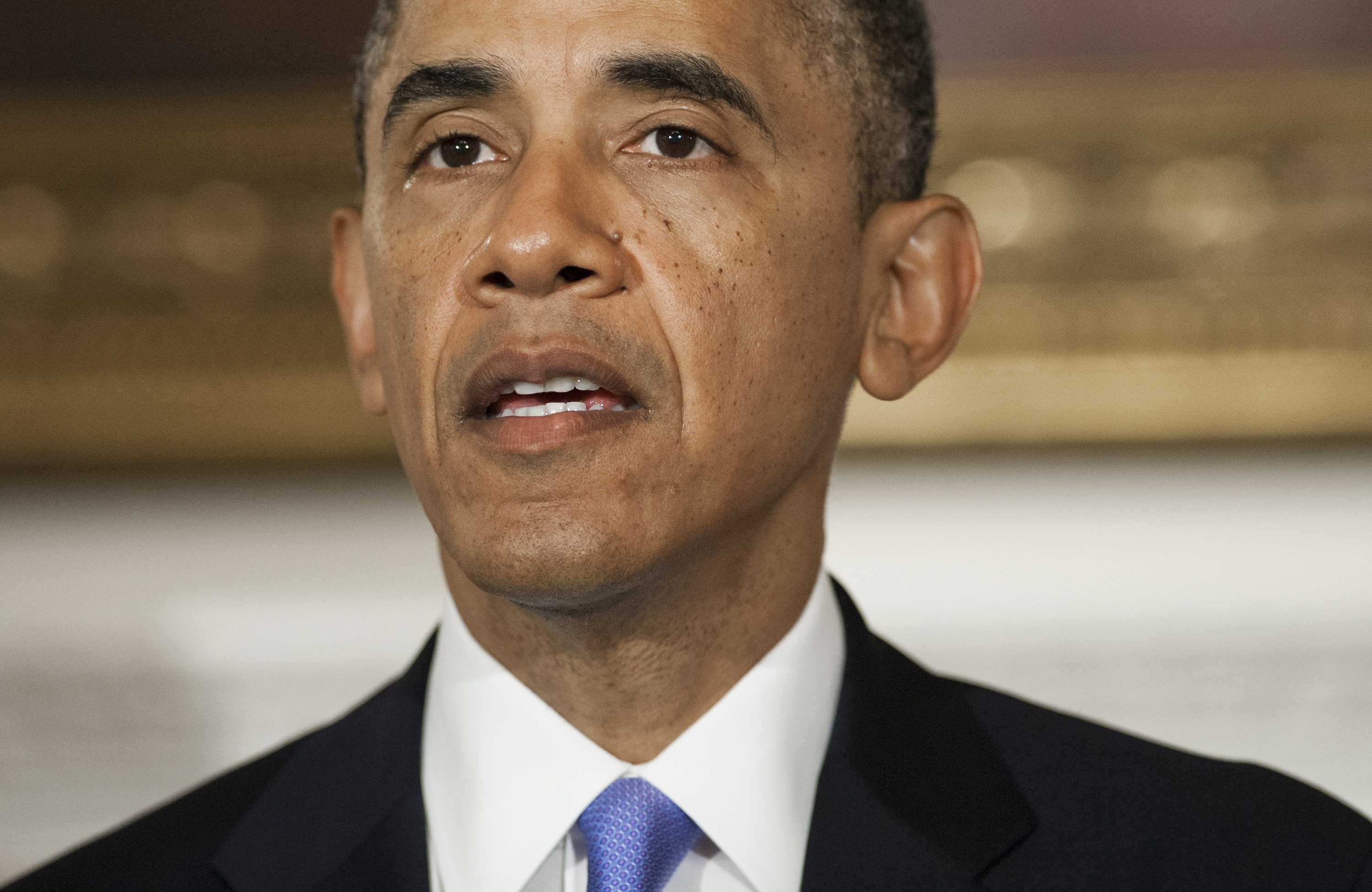 After a ferocious, deadly tornado flattened Moore, Okla., Monday, President Obama Tuesday affirmed the nation's support for those affected by the storm, guaranteeing aid for victims in the destroyed 20-mile-long path.

"We recognize you face a long road ahead, in some cases there is enormous grief that has to be absorbed, but you will not travel that path alone," Mr. Obama said. "The people of Moore should know that their country will remain on the ground there for them beside them as long as it takes for their homes and schools to rebuild."

Within 16 minutes of an emergency tornado warning, the twister touched down in the Oklahoma City suburb, killing at least 24 people and injuring more than 200. First responders continue to scour through the destruction to find those missing in the tornado's path.

The president reiterated these sentiments in his statement from the State Dining Room Tuesday.

"There are empty spaces where there used to be living rooms, bedrooms and classrooms," Mr. Obama said. "We're right there with them opening our homes and hearts for those in need."

Federal Emergency Management Agency administrator Craig Fugate travels to Oklahoma this morning, joining other FEMA staff who have been there since Sunday to prepare for an emergency.

Another tornado ripped through a North Texas town on May 16, killing six and injuring over 100. Meteorologists had reported similar storms would occur in the midwest, but the strength of Oklahoma's tornado winds exceeded predictions.

Tornado-related destruction has marred Moore, Okla., four times since 1998, but the magnitude and duration of those storms was not as immense as Monday's.

"If there is hope to hold onto, not just in Oklahoma, but around the country, it's the knowledge that the people in Oklahoma are better prepared for this than most," Mr. Obama said. "As a nation our full focus is on the work of recovery."