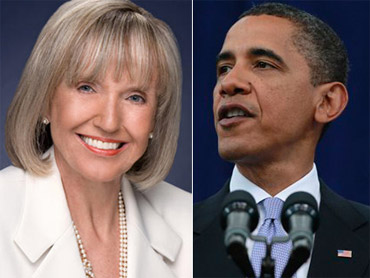 Brewer is to meet Mr. Obama at the White House, and opponents said they will hold a demonstration there to denounce the Republican governor, "the discriminatory Arizona law she signed" and "President Obama's halfhearted leadership on immigration reform."

Supporters of an overhaul of U.S. immigration law have accused Mr. Obama of not pushing Congress hard enough to pass immigration legislation. Some have said Arizona's law and tough immigration laws in other states are symptoms of a broken immigration system.

Mr. Obama says the law is the wrong approach to illegal immigration and his administration is combing through it and preparing for a possible legal challenge. Brewer has been soliciting donations from the law's supporters to defend it.

In an interview Wednesday, Brewer said she hoped she and Mr. Obama could agree on solutions to improve border security.