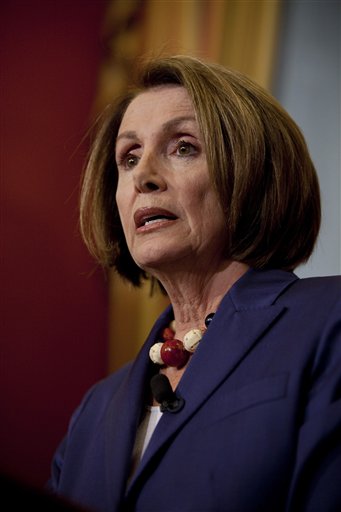 The White House and top Democrats, intensifying their push to build support for their party's health overhaul proposals, are increasingly targeting women, a politically crucial group with strong opinions on health care that polls suggest has yet to be sold on the changes.

In speeches, news conferences and even an all-female talk-in on the Senate floor Thursday, Democrats have been pounding away daily on the message that their ideas _ along the lines of what President Barack Obama has called for _ are especially good for women. The campaign reflects a concern among Democrats that women, who typically make most of a family's health care decisions, are not yet on board with the sweeping changes Obama and his congressional allies are advocating.

That's despite the fact that women have historically been more concerned about health care, and more likely to support changes, than men.

A recent Associated Press-GfK poll found that women, like the public overall, are generally split on the health care legislation. Although younger women _ those under 55 who many opinion experts consider crucial in any health care debate _ slightly favor the proposals, nearly one-third of them are on the fence, saying they are neither supportive nor opposed.

"What we're seeing is that the administration and the Congress still has to make the case to women," said pollster Mark Mellman, who has advised Democrats and liberal groups on public attitudes on the health care overhaul. "The volume has to be turned up on the communication, and the communication has to be directed to a large degree toward this group."

Democrats are scrambling to do just that.

Michelle Obama started the push last month with a White House speech in which the first lady, a former hospital executive, told her all-female audience that women are "disproportionately affected by this issue because of the roles that we play in families," and exhorted them to step up and defend "my husband's plan."

"No longer can we sit by and watch the debate take on a life of its own," she said.

A group of female House Democrats led by Speaker Nancy Pelosi, D-Calif., were at it again Tuesday at a rally near the steps of the Capitol where Rep. Jan Schakowsky, D-Ill., led a call-and-response with female attendees of, "Do women need real health reform? Do we want it? Are we willing to fight for it?"

The crowd shouted an enthusiastic "Yes!" to each, but women's activists acknowledge that conservative criticism of Democrats' health care ideas _ particularly the charges that it could lead to less choices for patients or reduced benefits for senior citizens _ has had an impact on women, and proponents need to do more to persuade them the proposals are in their interest.

"That drumbeat of attacks on health care reform played on women's fears. ... They're a critical target," said Marcia Greenberger of the National Women's Law Center. "It is very important to do a major public education effort so that women do understand what really is being proposed."

Mellman said there's a "somewhat higher standard" for women than for the public overall in evaluating the overhaul proposals because they are so often the health care decision-makers in households.

"Women are much more plugged into the system, and I think they to a certain extent are reserving judgment," he said.

The congressional bills would require all Americans to get health insurance, either through an employer, a government program or on their own. Tax credits would be offered for many of those who buy their own coverage but failure to comply could result in a fine. Insurance companies could no longer deny coverage because of a pre-existing condition, and out-of-pocket costs would be capped.

A parade of female senators took to the Senate floor _ and later to CNN's "Larry King Live" _ on Thursday to tout the advantages of the legislation for women.

The Senate' mostly male leaders piped up in solidarity.

"Our grandmothers, mothers, wives, daughters, granddaughters and nieces all deserve a system that treats them equally and that is responsive to the care that women need in different stages of their lives," said Senate Majority Leader Harry Reid, D-Nev.

Proponents argue that because women earn less than men, have higher health care costs and are far less likely to be able to get insurance through an employer, the measures would disproportionately help them.

But foes of the plan are also honing in on women to sow doubts about the legislation.

"Women are the primary audience for anyone who's talking about this issue because we do make the health care decisions for the family," said Amy Menefee of Patients First, a conservative group opposed to the health overhaul. "They want to know how this is going to affect their jobs, their husbands' jobs, their Medicare, their children."