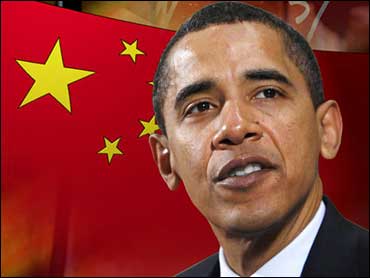 Secretary of State Hillary Rodham Clinton has said no nation is more important to the United States than China. But ties between the two powers may be off to a rocky start just days into the Obama administration.

In his inaugural address Tuesday, President Barack Obama spoke of how earlier generations of Americans had "faced down fascism and communism." China's state broadcaster quickly faded out the audio of its live broadcast, the camera cutting back to a flustered studio anchor.

Then, on Thursday, Obama's choice to lead the Treasury Department, Timothy Geithner, wrote that Obama believes China is "manipulating" its currency, which American manufacturers say Beijing does to make its goods cheaper for U.S. consumers and American products more expensive in China.

Geithner's comment was dismissed in Beijing, where the official Xinhua News Agency quoted a deputy governor of China's central bank as saying that the Treasury Secretary-designate's remarks are "not in line with the facts."

China has allowed the value of its currency to rise by 21 percent over the past two years.

The United States often criticizes China about human rights and trade abuses, but Washington and Beijing find themselves increasingly intertwined in a host of crucial economic, military and diplomatic efforts.

China's foreign minister, Yang Jiechi, said his country was committed to working with the Obama administration to strengthen ties and cooperation.

"China-U.S. relations are one of the most important bilateral relations in the world," the official Xinhua News Agency cited Yang as saying.

Selig Harrison, director of the Asia program at the U.S.-based Center for International Policy, said it was "very ill-advised for the new administration to confront China as if this were 10 years ago and we were in a strong financial position internationally."

"We are dependent on Chinese goodwill for our economic survival and viability, and, therefore, it seems to me that this type of posture is very risky," he said.

Trade ties between the United States and China often are tense. China says it has made progress on currency changes and worries about bills introduced in Congress that would impose economic sanctions on China unless it moves more quickly to let its currency rise in value against the dollar.

Although Geithner said China is "manipulating its currency," he suggested Thursday that now might not be the right time to brand Beijing as a currency manipulator under U.S. trade law, which could lead to U.S. trade sanctions against imports from China.

His testimony may not have been a complete shock to China. Yang, the foreign minister, has said he studies American television and newspapers.

Despite an early face-off with China over an intercepted U.S. spy plane, former President George W. Bush made it a priority to strengthen relations with China while also pushing the country to live up to what he considered its duties as an emerging global superpower and a veto-holding member of the U.N. Security Council.

Obama and Clinton, during their long campaigns to secure the Democratic nomination for president, made no secret of their desires for a tougher position with China about its human rights record and its trade practices.

Still, Obama's young administration is not complete: he has yet to name many of the officials who will be dealing with China issues; he also has not yet decided whether to continue the high-level economic discussions the Bush administration has held twice a year with China since late 2006.

Bonnie Glaser, an analyst with the Center for Strategic and International Studies think tank, said the Chinese have said during the past few months that they want a good start to their relationship with the new U.S. administration.

"Everybody just needs to be a little patient on this," Glaser said. "I would not draw any premature conclusions that the administration has decided to take a tougher stance, and hopefully the Chinese will be patient while the administration works this out."