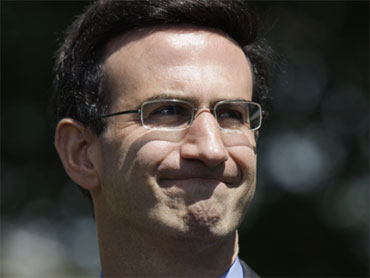 A Democratic official said Monday that Orszag is expected to leave in the coming months, although the exact timing is not known. The official confirmed the news to The Associated Press on condition of anonymity because it had not been announced.

As director of the Office of Management and Budget, Orszag holds Cabinet-level rank and a pivotal role in shaping and defending how the administration spends the public's money. He quickly emerged from a bureaucratic post to become a camera-friendly face of Obama's government, often in front on plans to confront the deficit and to spur the economy.

Orszag's spokesman, Kenneth Baer, said only, "Peter's focused on his work, not on Washington speculation."

That speculation has for weeks held that Orszag would leave this year after a grueling, nonstop sprint as the head of the budget agency and a key adviser to Obama. During his tenure, Congress has passed the most expensive economic stimulus program in U.S. history and a massive health care reform law. Orszag has overseen Obama's first two budgets, too.

Orszag, 41, came to Obama's government from the position of director of the Congressional Budget Office, the agency charged with providing nonpartisan analyses of economic issues to lawmakers. He served during Bill Clinton's administration as an assistant to the president for economic policy and a senior adviser at the National Economic Council.

The move comes as Obama continues to face the steep economic challenges of reining in the deficit and rallying support for more stimulative spending. The economic recovery is plodding along but unemployment remains near 10 percent.