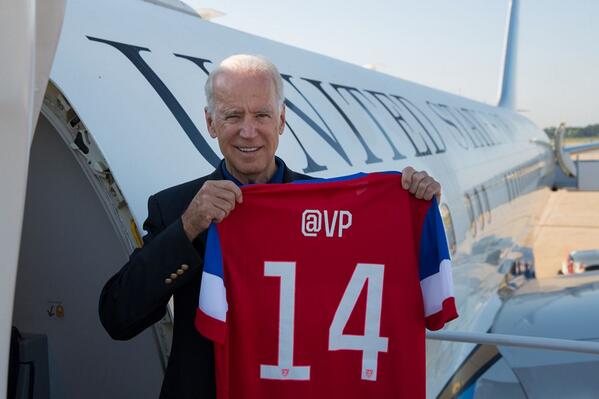 It's rare to see Democrats and Republicans in agreement these days, but the World Cup has a way of erasing partisan lines.

President Obama, Vice President Biden and scores of other lawmakers and officials took to social media to show their support for the U.S. team as it takes on Ghana in its first match.

"Go team USA! Show the world what we're made of!" Mr. Obama said in a short video posted through Vine.

Biden and former Secretary of State Condoleezza Rice both showed off their custom soccer jerseys. Rice's bears the number 66 and her twitter handle, @condoleezzarice, and Biden has the number 14, along with @VP.

Others got a bit more philosophical in their soccer-related musings. "Our unique connection to @ussoccer stems from its composition. The roster is a reflection of America itself - its diversity and its unity," Senate Majority Leader Harry Reid, D-Nev., wrote on Twitter.