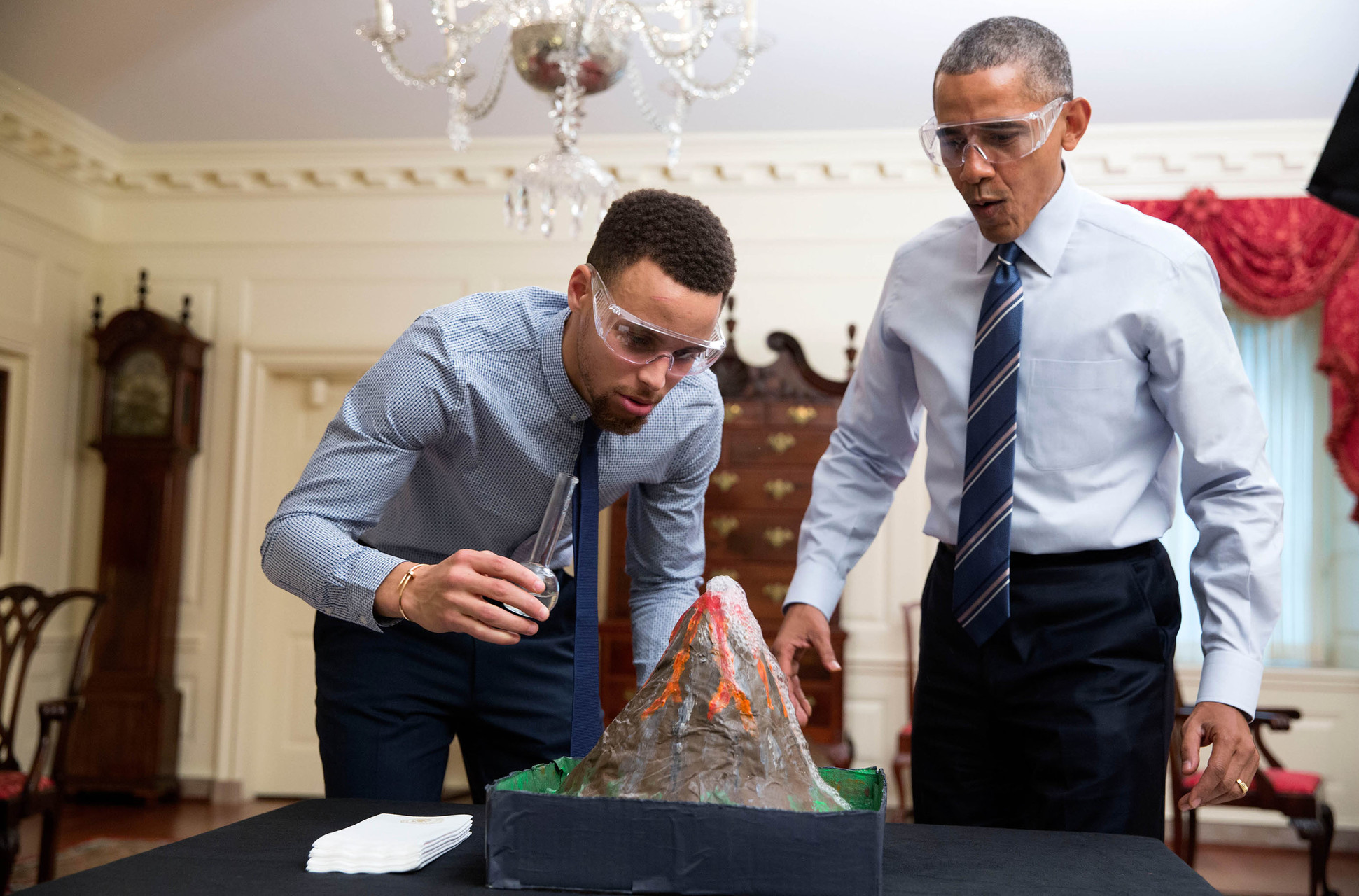 President Barack Obama has teamed with reigning NBA MVP Stephen Curry on a public service announcement calling for Americans to mentor youth in their community to make a positive impact.

The video was shown Saturday on ABC's "NBA Countdown" ahead of Curry's playoff opener with the defending champion Golden State Warriors against the Houston Rockets on Saturday.

It was posted to the White House's Facebook Saturday.

You can watch President Obama "mentoring" Curry through resume-writing, board game-playing, and reading his memoir "The Audacity of Hope" here:

At one point, the president even coaches Curry through how to shoot a basketball -- not that the Warriors star needs it.

Curry and Obama golfed together last August and Curry also visited the White House with the Warriors in February - and Obama mentioned Curry "clowning" with defenders the way he had been shooting.

The PSA was done through "MENTOR: The National Mentoring Partnership" and motivated by Obama's "My Brother's Keeper" initiative, which raises awareness and calls for action to ensure all youth - including young men of color - reach their full potential.

Curry is active in the Bay Area community and committed to making a difference.

After a recent visit to Martin Luther King Jr. Elementary in inner-city Oakland, he said, "The opportunity, obviously the 15-20 minutes you're with them, I think goes a long way. ... Just having fun with them is the most important. It was very beneficial."