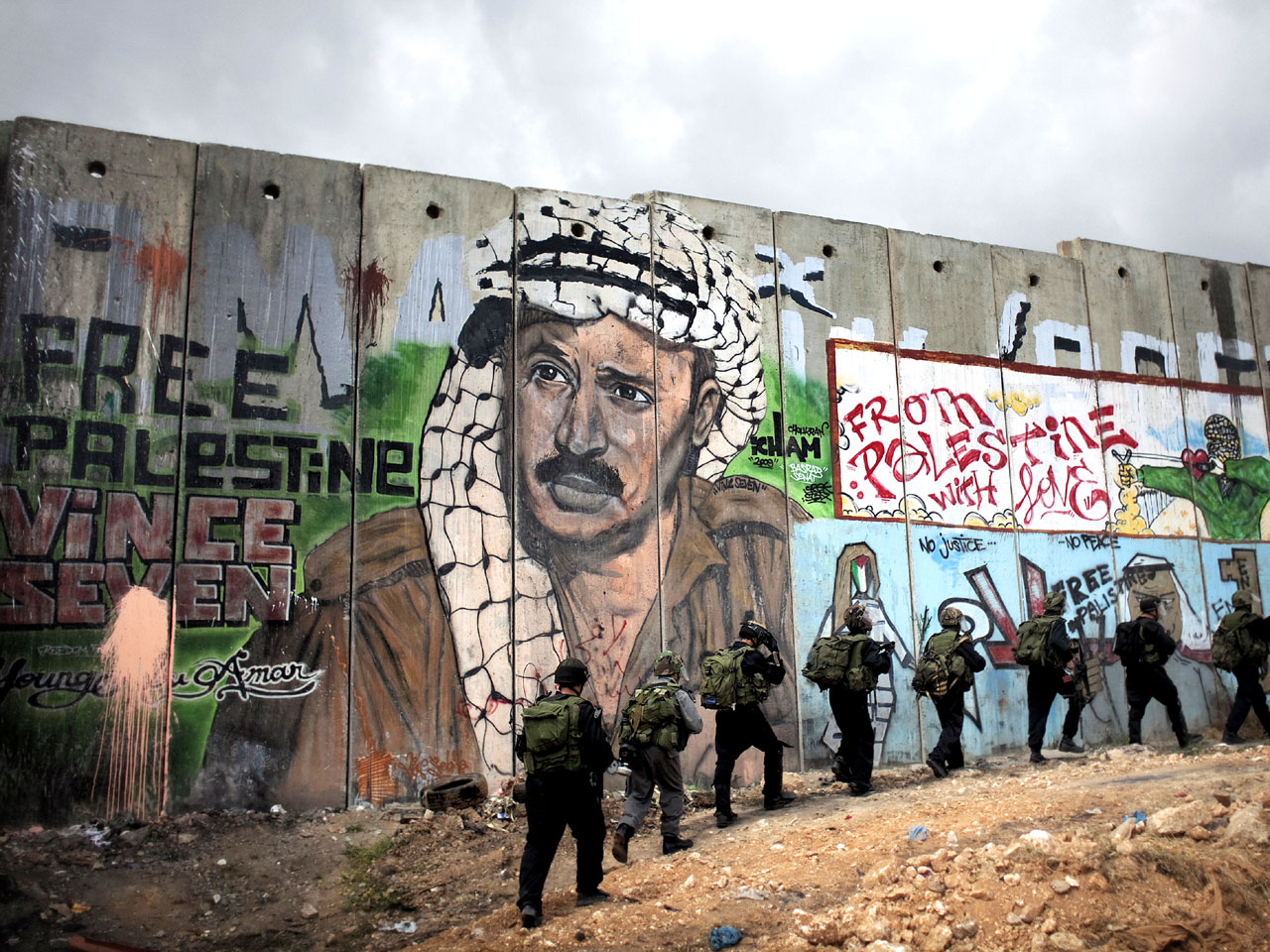 WASHINGTON - President Obama endorsed on Thursday a key Palestinian demand for the borders of its future state and prodded Israel to accept that it can never have a truly peaceful nation that is based on "permanent occupation."

While his speech Thursday marked a shift in U.S. policy and represents a victory of sorts for Palestinian leaders ahead of delicate, upcoming negotiations with the Israelis, Obama still warned of the major challenges that the Palestinian's current position brings to the table.

The president cautioned that the recent power-sharing agreement between the mainstream Palestinian faction led by Mahmoud Abbas and the radical Hamas movement, which rules Gaza, "raises profound and legitimate" security questions for Israel, whose Prime Minister, Benjamin Netanyahu has said he refuses to deal with a Palestinian government that includes Iran-backed Hamas.

"How can one negotiate with a party that has shown itself unwilling to recognize your right to exist?" Obama asked. "In the weeks and months to come, Palestinian leaders will have to provide a credible answer to that question."

Obama also rejected a push by the Palestinians for U.N. recognition of a state in the West Bank, Gaza and East Jerusalem late this year. "Symbolic actions to isolate Israel at the United Nations in September won't create an independent state," Obama said.

But Obama said that despite all the suspicion and hostility he is convinced the majority of Israelis and Palestinians want peace and so negotiations must happen.

Obama's urging that a Palestinian state be based on 1967 borders, those that existed before the Six-Day War in which Israel occupied East Jerusalem, the West Bank and Gaza, marked a significant shift in U.S. policy and seemed certain to anger Israel.

Israel has said endorsing the 1967 borders would prejudge negotiations. Obama also took pains to show respect for Israel's views ahead of his meetings Friday with Netanyahu.

Still, Mr. Obama's tough stand could set the stage for a tense meeting Friday when Netanyahu goes to the White House.

In a statement following Mr. Obama's remarks, Israeli Prime Minister rejected the president's endorsement, and said a return to his country's 1967 borders would spell disaster for the Jewish state.

The 1967 war, also known as "The Six-Day War," pitted Israel against all of its surrounding Arab neighbors, save Lebanon. Israel emerged victorious, and the resounding Arab defeat resulted in a depression throughout the region lasting decades that has left bitter scars.

The 1967 border issue largely refers to East Jerusalem and the West Bank, which was larger and Jordanian-occupied prior to the conflict. The Gaza Strip's borders were defined after World War II and were largely the same then as they are today.

Women prime ministers hit back at sexist question during historic visit
Thanks for reading CBS NEWS.
Create your free account or log in
for more features.
View CBS News In
CBS News App Open
Chrome Safari Continue
Be the first to know
Get browser notifications for breaking news, live events, and exclusive reporting.