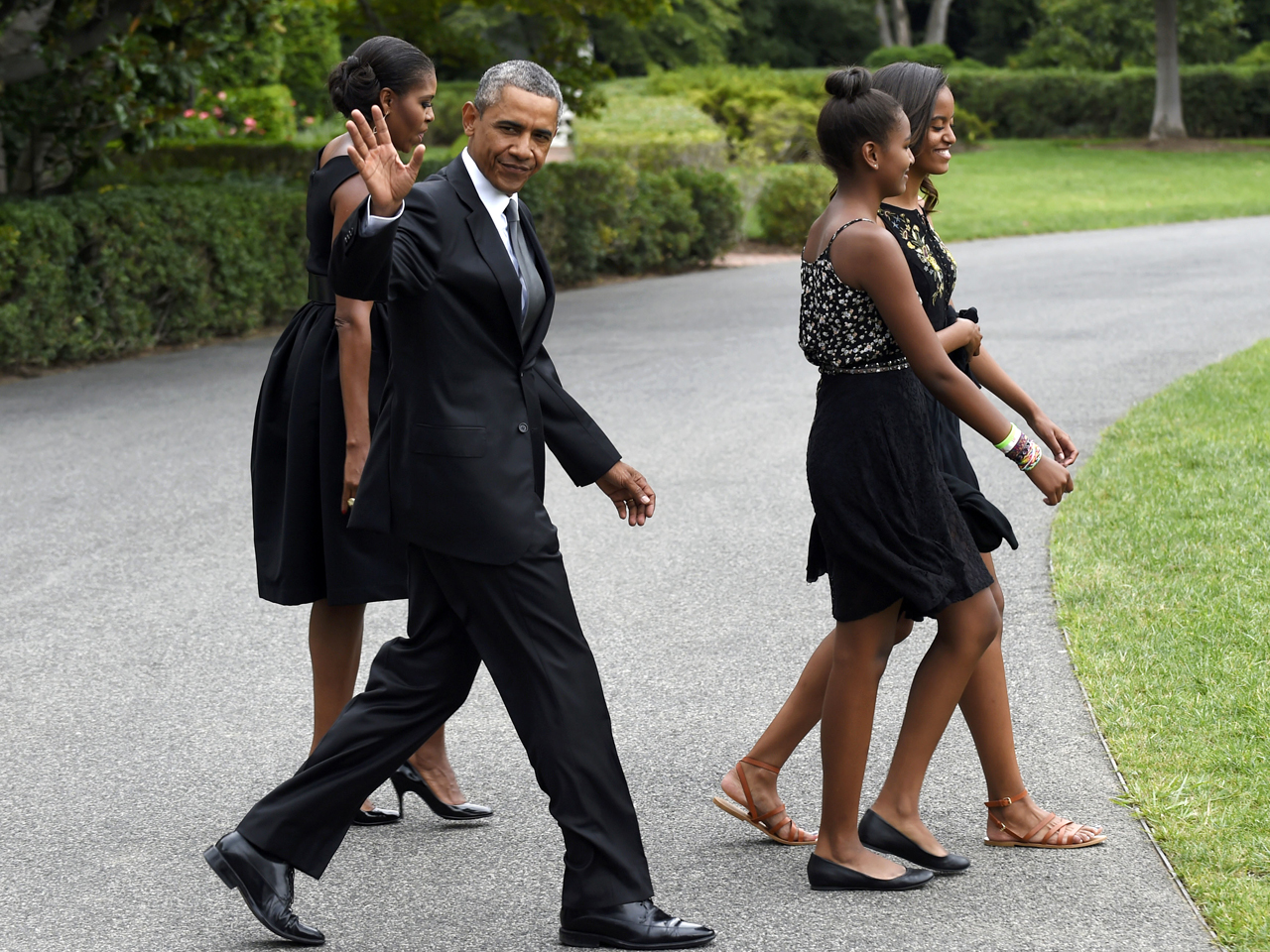 POCANTICO HILLS, N.Y. - President Barack Obama set aside the pressures of the world's trouble spots on Saturday to assume the role of spectator for something more joyous: the wedding of the Obama family's longtime chef and friend.

Obama and Kass have a close relationship, which Obama highlighted earlier this month by spending hours at dinner at Kass' apartment amid the turmoil in Iraq, Ukraine and Ferguson, Missouri.

It's long been said that time is a president's most precious commodity. That Obama would spend five hours at Kass' home on one of the aide's final evenings as a bachelor was a testament to their bond.

Obama's rounds of golf are often his only other outings that last as long - and those games sometimes include Kass.

Obama, his wife, Michelle, and their daughters, Malia and Sasha, were attending the ceremony at the restaurant, which is a favorite of both Kass and Mrs. Obama. The first lady hosted the spouses of world leaders there in 2010.

The union of Kass, 34, and Wagner, 36, also served to highlight what some contend is too much togetherness between the media and the people they report on. Naturally, the guest list is expected to include staff from both the White House and the liberal-leaning cable news outlet, with people from both sides breaking bread at the same dinner table.

Kass began preparing meals for the Obamas when the family lived in Chicago. The Obamas persuaded Kass to join them at the White House and he is now among the Obamas' longest-serving aides.

Besides preparing the family's meals most weeknights, Kass is also a senior nutrition policy adviser and executive director of the first lady's anti-childhood obesity initiative.

It's not unusual for presidents, including Obama, to attend or participate in weddings.

In June 2012, Obama, his wife, daughters and mother-in-law attended the backyard wedding of the daughter of White House senior adviser Valerie Jarrett in Chicago.

In May 2008, George W. Bush was in office when his daughter, Jenna, married at the family ranch in Crawford, Texas.

Bill Clinton was best man for his brother, Roger, in March 1994.

Ronald Reagan and his wife, Nancy, participated in the August 1984 wedding of their daughter Patti Davis. Reagan spoke one line in the ceremony. He responded "Her mother and I do" when asked who would give away the bride.