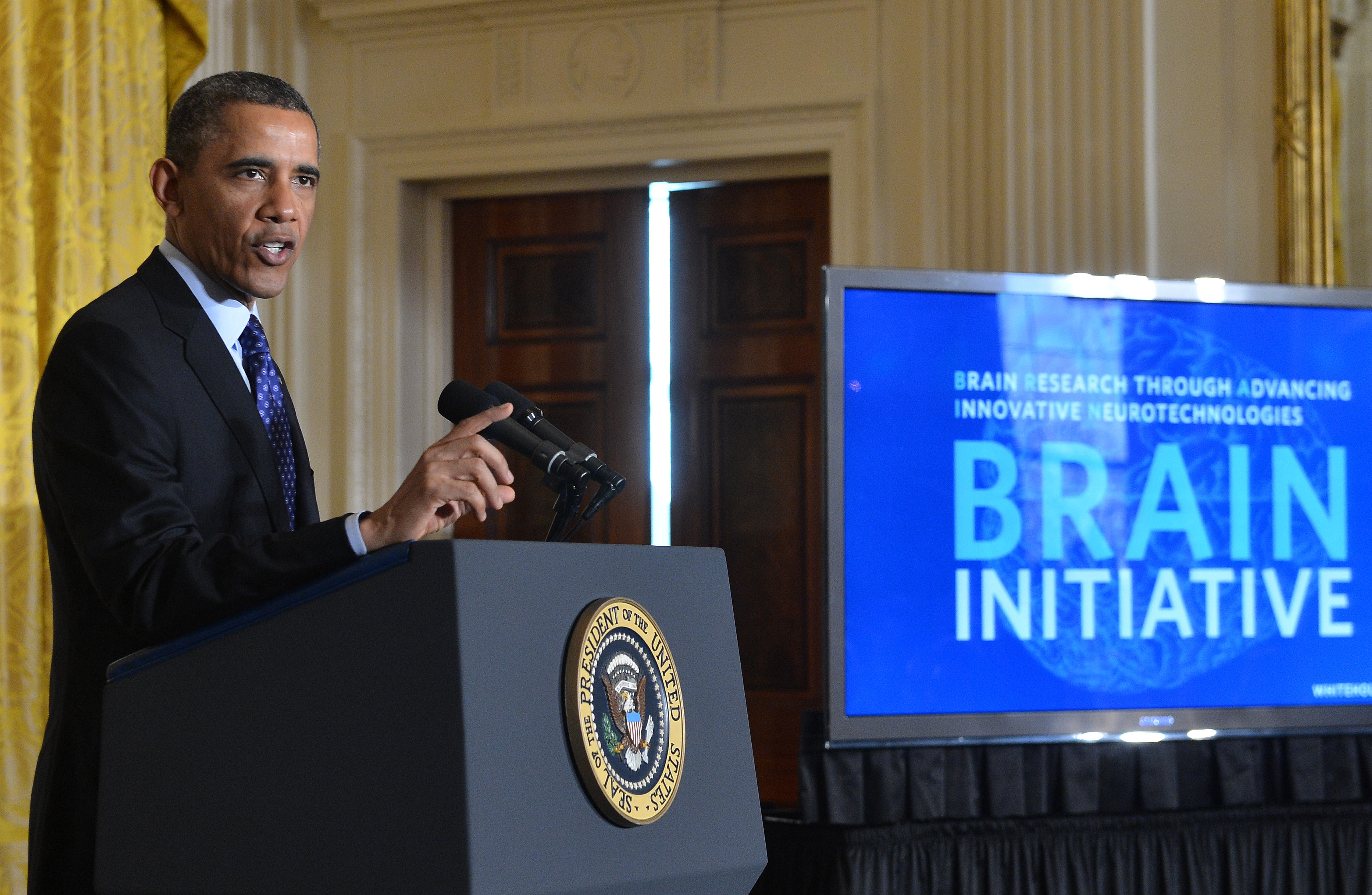 Touting the economic as well as scientific benefits of investing in basic research, President Obama Tuesday unveiled a new initiative to study the human brain that he called "the next great American project."

"Ideas are what power our economy," Mr. Obama said at an event in the East Room of the White House. "We've been a nation of dreamers and risk takers. We do innovation better than anybody else, and that makes our economy stronger."

In his proposed 2014 budget, Mr. Obama will call for investing $100 million to launch the BRAIN (Brain Research through Advancing Innovative Neurotechnologies) Initiative -- a project to speed up the development and application of technologies that will help researchers create dynamic brain imaging, in order to learn how individual brain cells and complex neural circuits interact.

"As humans we can identify galaxies light years away, we can study particles smaller than an atom, but we still haven't unlocked the mystery of the three pounds of matter sitting between our ears," Mr. Obama said.

The research could lead to new ways to treat brain disorders like Alzheimer's disease, epilepsy or traumatic brain injury. Furthermore, Mr. Obama said, it could lead to millions of Americans with "jobs we haven't even dreamt up yet." The president pointed to technological advancements that were propelled with government investments -- like GPS and the Internet -- to illustrate the importance of basic research investments.

Mr. Obama noted that researchers are currently struggling under the 10-year sequestration cuts that went into effect last month.

"A few weeks ago, the directors of some of our national laboratories said the sequester [cuts]... are so severe, so poorly designed, they'll hold back a generation of young scientists," Mr. Obama said. "That's something we should worry about. We can't afford to miss these opportunities while the rest of the world races ahead."

While Mr. Obama hasn't been able to reach an agreement with Republicans to repeal the sequester cuts, one Republican leader today signaled his support for Mr. Obama's BRAIN Initiative. "Mapping the human brain is exactly the type of research we should be funding...it's great science," said House Majority Leader Eric Cantor, R-Va., according to his deputy chief of staff Doug Heye.

Mr. Obama said the initiative will involve government agencies like the National Institutes of Health, the Defense Advanced Research Projects Agency and the National Science Foundation, as well as private institutions.

"None of this will be easy -- if it was we'd already know everything there was about how the brain works," the president said. "Presumably my life would be simpler here -- it would explain all kinds of things that go on here in Washington."