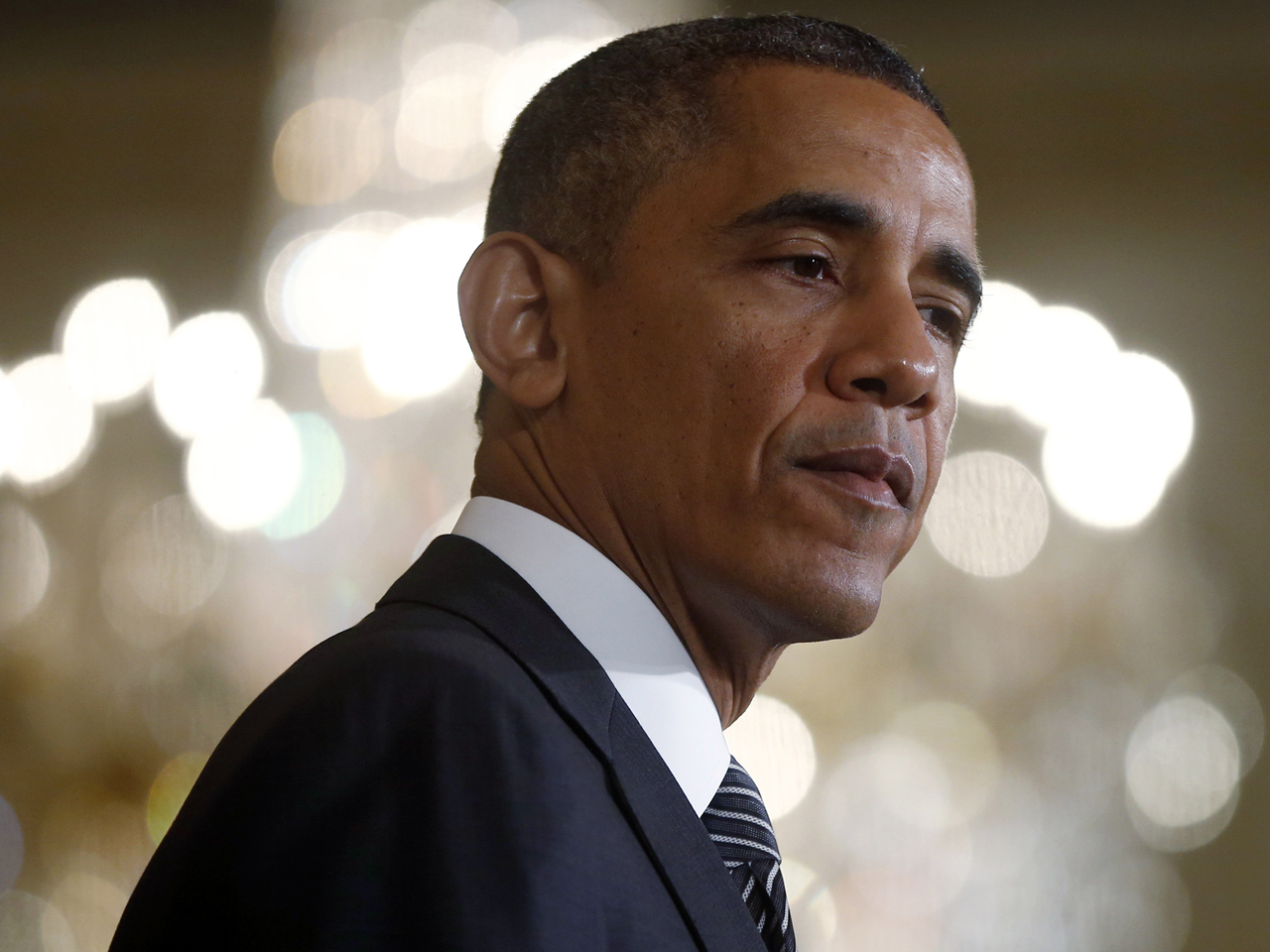 The White Houseis under fire to explain exactly how much President Obama knows about U.S. surveillance programs in the wake of a Wall Street Journal article that suggested the National Security Agency (NSA) had been monitoring the phones of 35 world leaders until an internal Obama administration review discovered and ended the program.

The White House has avoided confirming or denying whether the report is true, instead choosing to reiterate that they are not currently and will not monitor the phone calls of German Chancellor Angela Merkel, who raised the issue in a phone call with Mr. Obama last week.

"I don't want to get into the specifics of how the president is briefed on different intelligence operations," said Deputy National Security Advisor Ben Rhodes in an interview with CBS News Chief White House Correspondent Major Garrett, regarding whether Mr. Obama knew about the monitoring. "What I will say is that he sets priorities as a commander in chief...he is briefed on a regular basis and the fact of the matter is what he's focused on in the intelligence are threats. What is the state of counterterrorism around the world?"

Rhodes echoed White House spokesman Jay Carney's briefing earlier Monday, stressing that the administration is in the process of reviewing its intelligence collection. One of the reason Rhodes declined to discuss whether Merkel's phone was monitored was because the administration wants to deal with the larger question of how information is gathered and what constraints are placed on the collection, "not on an ad hoc basis," he said.

"If we got into the business of briefing out every aspect of our intelligence operations we couldn't operate with the necessary secrecy that intelligence gathering depends upon," Rhodes said. "At the same time we can be more transparent about how we gather information."

CBS News Senior National Security Analyst Juan Zarate said the president should know about surveillance programs at that level, and that it would be the responsibility of the Director of National Intelligence - currently James Clapper - to ensure that Mr. Obama knows the scope of what the intelligence community is doing.

Zarate also noted that Mr. Obama pledged to review Bush-era intelligence operations when he entered office, "so in some ways if the president didn't know, shame on him, and shame on him and his leadership for not asking the question, but also it may not be believable [that he didn't know] given the intensity and scope of this type of surveillance."

"At the end of the day the administration is responsible for the programs and authorizes these programs so the president has to answer for them," Zarate said.

The NSA, led by Keith Alexander, told CBS News senior correspondent John Miller, a former deputy director of national intelligence, that the president was never briefed in 2010 on any surveillance of Merkel.

"The way this works is the president gets the president's daily briefing," Miller said. "What you get in there is a lot of really good information that is meant to give American policy makers, starting with the president, what they call 'decision advantage' - which way are other people leaning, what are they thinking, what turmoil is going on inside their government, we call that the intelligence business."

But the revelations about the surveillance is already straining U.S. relationships. "If you get the feeling that your closest allies spying on you, then that's difficult to talk to such an ally in an open way anymore. And I think we have to make a clear distinction between fight together terrorism and not spying on friends," said Elmar Brok, a German member of the European Parliament who had a closed-door session with House Intelligence Committee chairman Mike Rogers, R-Mich., Monday morning. Brok added that if the German people - some of whom lived under the East German police state during the Cold War --- feel like the U.S. was spying on all of them, "people do not love America anymore...that is a very damaging thing."

"We're not spying on everybody in Europe," Rhodes said. "That's a dramatic overstating of the situation."

Brok said Germany will seek a "no-spying" pledge like the so-called "Five Eyes" agreement in which the U.S. and four other countries - the United Kingdom, Canada, Australia and New Zealand - share intelligence but do not spy on one another. Rhodes said broadly that the U.S. is open to discussion with its European allies about how to better coordinate intelligence gathering. He also noted that there are already longstanding intelligence relationships that exist, and that U.S. intelligence has helped to foil terrorist plots in a number of European countries.

The frustration is reaching members of Congress as well. On Monday afternoon, Senate Intelligence Committee chairwoman Dianne Feinstein, D-Calif., called for a total review of all intelligence programs and said that the Senate had been inadequately informed of surveillance activities.

"With respect to NSA collection of intelligence on leaders of U.S. allies--including France, Spain, Mexico and Germany--let me state unequivocally: I am totally opposed," Feinstein said in a statement. "Unless the United States is engaged in hostilities against a country or there is an emergency need for this type of surveillance, I do not believe the United States should be collecting phone calls or emails of friendly presidents and prime ministers. The president should be required to approve any collection of this sort."