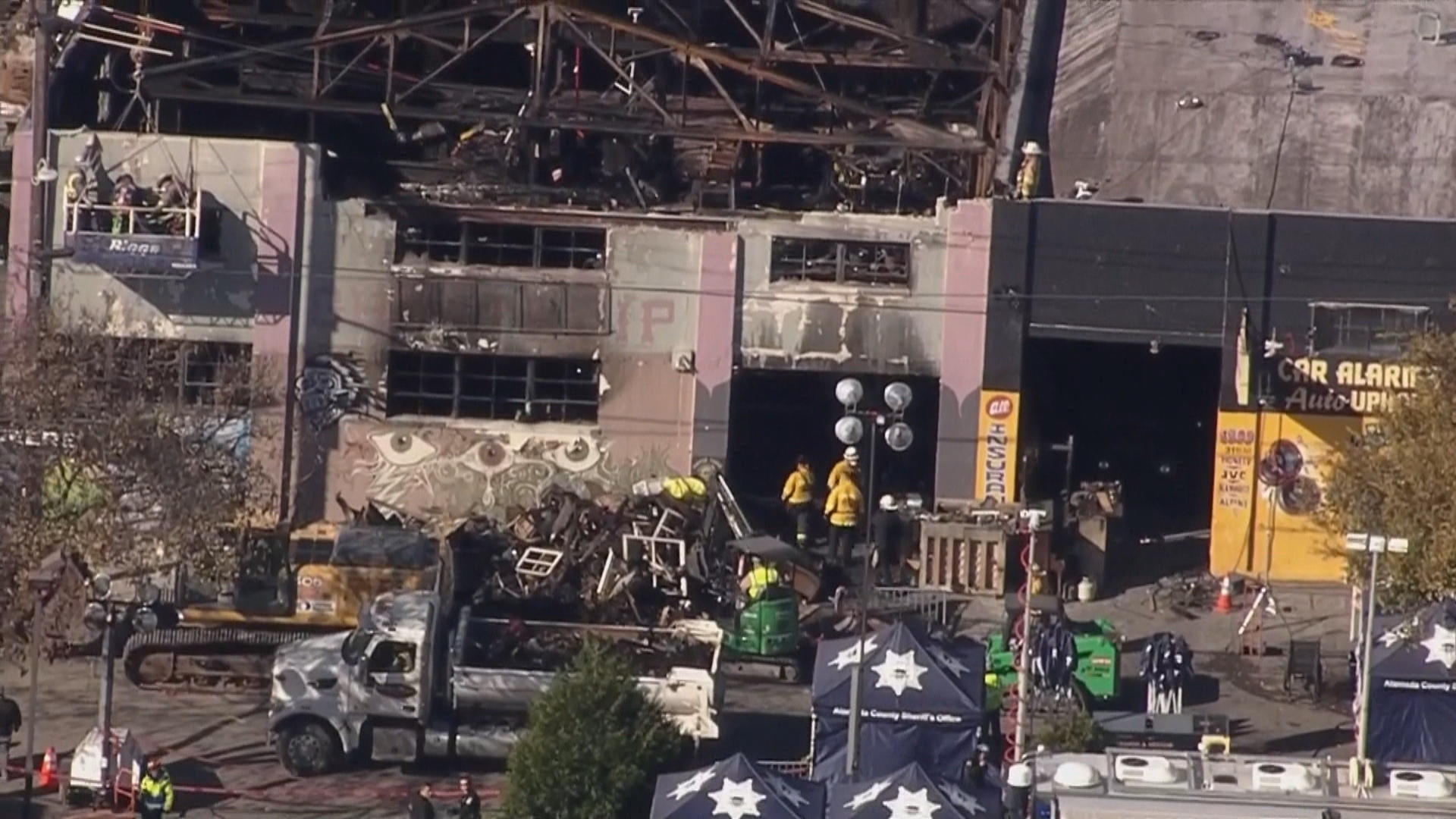 All but one of the 36 victims in the Oakland warehouse fire have been identified. Investigators released the names overnight of nine more people who died. The victims range from 17 to 35 years old.

The fire chief says the search of the fire-gutted building is nearly complete. But many questions remain over how the building could have apparently avoided inspections that might have prevented the fire, reports CBS News correspondent David Begnaud.

Oakland’s mayor confirms there were multiple complaints filed against the structure. She’s promising complete transparency, including the release overnight of years of city records connected with the property.

According to one document, inspectors came just two weeks before the fire but were unable to gain access. Video obtained by CBS News shows police officers inside the structure purportedly less than two months ago.

“Do you believe that there was a systemic failure across the board?” Begnaud asked the Oakland mayor during a presser.

“I’m not prepared to draw conclusions from the history,” Libby Schaaf said. “But I will remind you that the responsibilities and duties of different city employees vary. Police officers are not trained in zoning laws.”

Fire officials have now begun tearing down the unstable walls of the so-called “Ghost Ship” warehouse, as their search for victims ends and they try to uncover how the fire began.

“There is no determination of origin or cause to this fire,” said Oakland Fire Chief Teresa Deloach Reed.

According to the Bureau of Alcohol, Tobacco, Firearms and Explosives, there is no indication the fire was deliberately set. But they’re looking at whether a refrigerator or another faulty appliance might have caused the fire.

“They’re looking at all potential sources of ignition,” said Jill Snyder, special agent in charge of the San Francisco ATF office. “Any kind of electrical appliance, lamps, or electric cords.”

“You walked through that building. What was your initial assessment?” Begnaud asked.

“It was horrifying and heartbreaking. You just felt the loss of life,” Drenick said.

Recovery workers told Sgt. J.D. Nelson it was heartbreaking for them as well.

“There was a man and a woman and they were in a prone position, and the man was in such a way that it looked like he was shielding her from harm’s way,” Nelson said.

The city of Oakland has confirmed that the only permitted use for the warehouse was as a commercial space. It was not permitted for residential use or for public assembly.