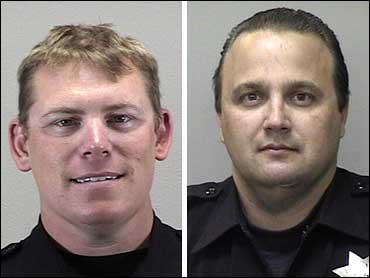 A hospital spokeswoman says a fourth Oakland police officer who was shot by a man wanted on a parole violation has been taken off life support.

The 41-year-old officer's family had kept him alive so his organs could be donated.

Breaux said the process of harvesting the officer's organs started just after 8 p.m. and was completed by 2 a.m.

Police say Hege and a partner were gunned down when they stopped the parolee on Saturday.

Two more officers were killed during the manhunt for the gunman when the city's SWAT team stormed an apartment.

CBS Station KPIX reported that Mixon had an "extensive criminal history" and had a no-bail warrant for his arrest. Mixon wielded two different weapons, including an assault rifle, when he came into contact with police on Saturday, said OPD Deputy Chief Jeffery Israel.