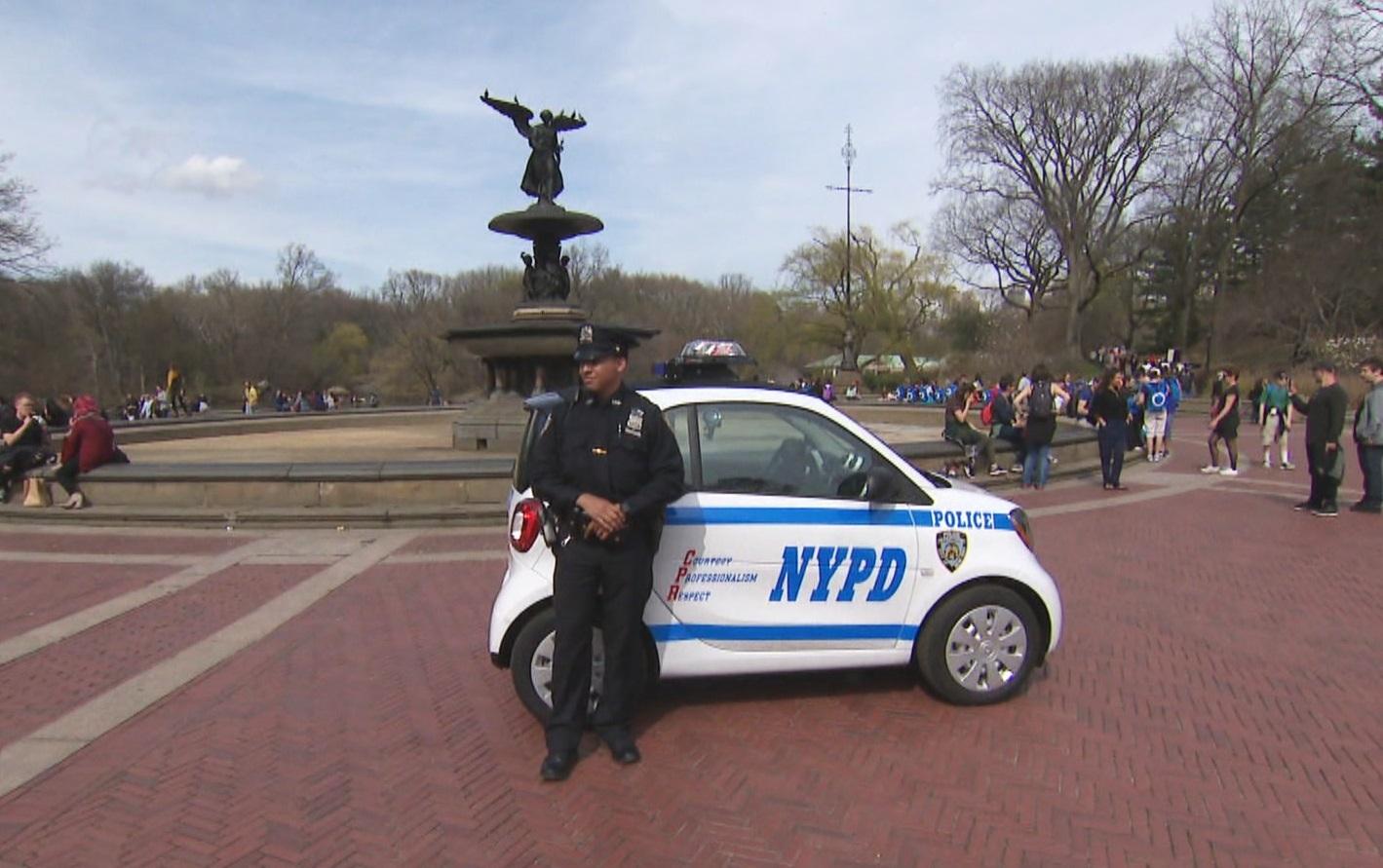 Most police cars only turn heads when their sirens are blaring, but the New York Police Department's newest cruisers are getting a flood of attention of a completely different kind – and it doesn't even have a siren.

The Smart car is intended for one officer only, and it's one of nearly 200 the NYPD uses mostly for ticket writing and patrolling places other cars can't – like the narrow paths in Central Park.

"I joke with them, you know? I make them laugh. I tell them to come see the car. Tell them to look inside. 'It's not as bad as you think,' I tell them," NYPD officer Odani Acevedo said.

Unlike the three-wheel scooter it's replacing, the Smart car comes with air conditioning and airbags. It also costs about $6,000 less.

"When you went to the command staff and said, 'I want to add Smart cars,' what did they say?" CBS News correspondent Kris Van Cleave asked.

But Martinez didn't see wimpy at all. He spent years trying to get this recruit into uniform.

The cuddly cruiser is proving to be a hit, and the public can't seem to get enough. From small and mighty to the world's cutest police car, the pictures are generating social media buzz. It makes a park full of strangers approach a police car and the officer like they're old friends.

"You're the center of attention out here. What's that like? You've got kids coming up, parents, people taking pictures," Van Cleave said.

"Yeah. It feels good. You know, a lot of people come up to me and ask for pictures, and it's always a good feeling," Acevedo said.

Officers in Smart cars do not respond to emergency calls and aren't supposed to exceed 40 mph, but the department is finding they are a very effective tool in such a crowded city.

But they're proving big things can come from a very small car.