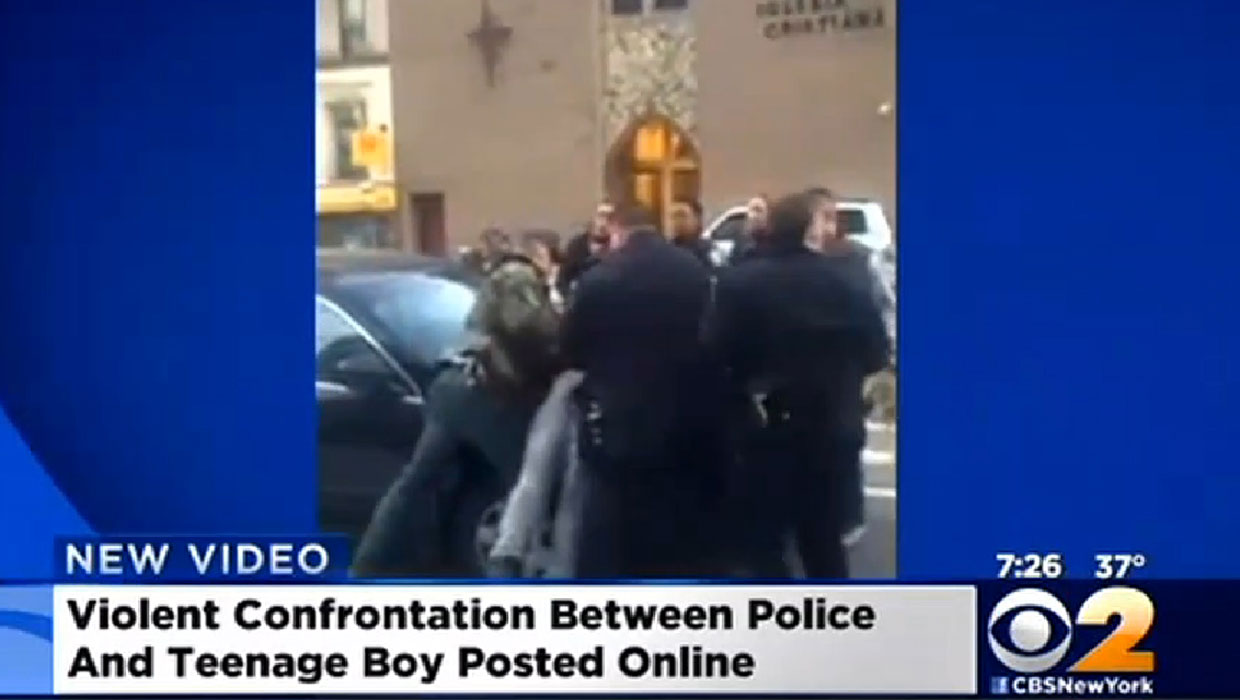 NEW YORK -- A New York police officer seen on a smartphone video punching a teenage suspect during an arrest has been suspended.

The arrest occurred Monday after police responded to a report of an assault in Manhattan. The video shows several uniformed officers struggling to handcuff a 16-year-old boy before a plainclothes officer rushes in and throws two punches.

In the video, which was posted online on Wednesday, a woman can be heard yelling at the officers to stop what they're doing.

Another woman says she can't believe what she's seeing after "everything that's happened," an apparent reference to the chokehold death of Eric Garner.

Garner's fatal confrontation with a police officer was partially caught on camera. A grand jury decision not to indict the officer in Garner's death sparked protests across New York and the U.S.

"An individual that we have identified as a plainclothes anti-crime officer runs up and appears to strike the individual with a closed fist twice on the side of the body," Bratton said. "That officer has been suspended pending the investigation going forward."

"There doesn't seem to be any legitimate reason for it," police procedure expert Robert McRie, a professor at John Jay College, told CBS New York. "The arrestee was pinned up against the hood of a car, he wasn't moving at the time the blows were delivered and he was in no position to escape."

McRie added, "A police officer who does something like that to someone who's already subdued is due for disciplinary action."

Sources told CBS New York the teenager is named Denzel Funderburk. He and two others, ages 16 and 17, were allegedly screaming "murder gang" as they beat a man with a cane. The 20-year-old victim suffered a broken jaw.

According to CBS New York, all three teenagers were charged with gang assault. Funderburk was also arrested for assault, obstruction, criminal possession of a weapon and other charges, the station said.