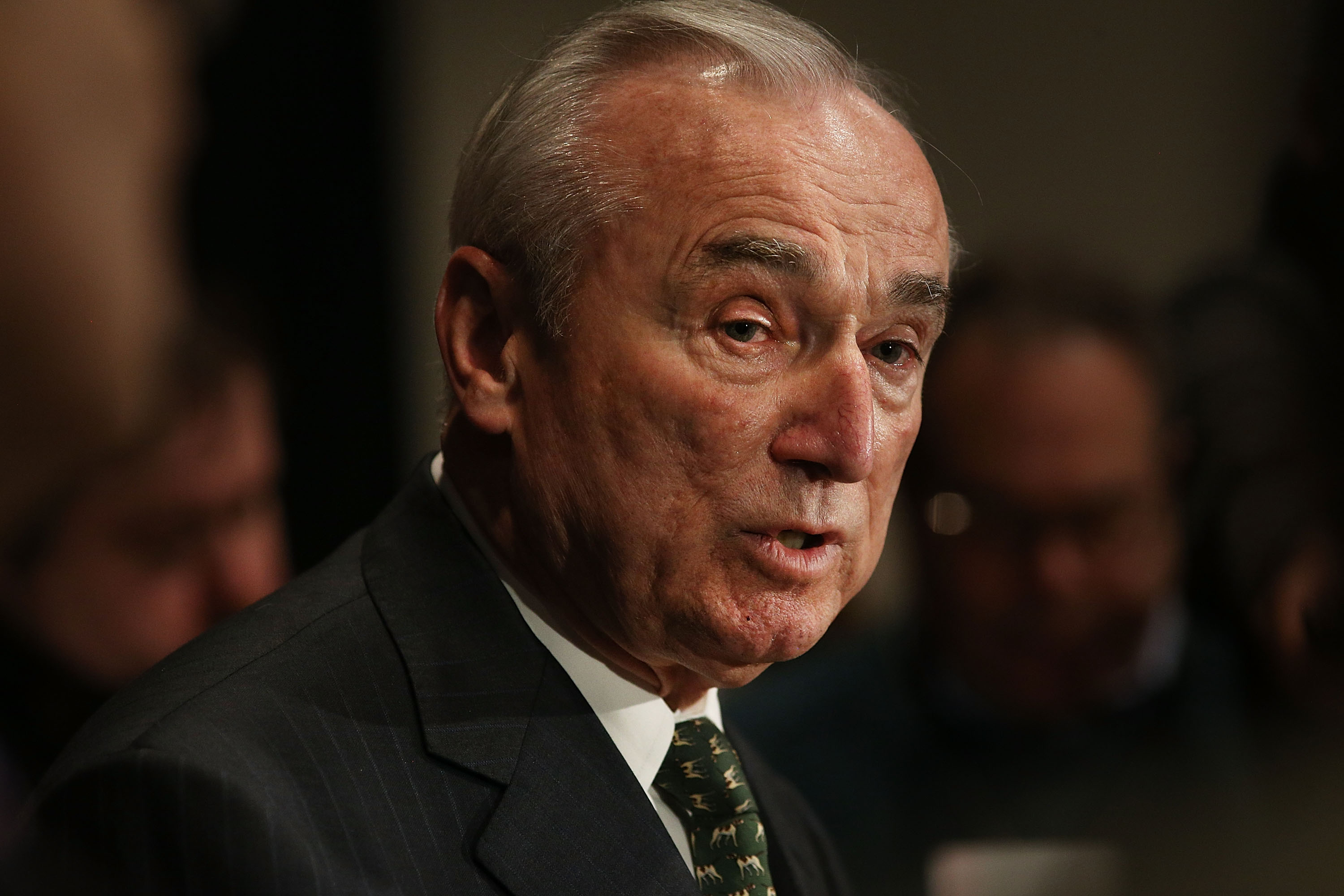 NEW YORK -- Law enforcement heavyweight William Bratton confirmed on Monday that he will not remain head of the New York Police Department past the end of Mayor Bill de Blasio's first term in 2017.

"I do not intend to stay into a second term," the police commissioner told reporters at an unrelated news conference with the mayor.

The 68-year-old Bratton made the remarks in response to an interview with The New York Times where he talked about seeking new challenges beyond the NYPD after the end of next year. He offered no specific timetable on Monday for leaving the helm of the nation's largest police department.

"When I find the right time, that's when there'll be a consultation with the mayor," he said. "I'm not worried about getting kicked out of the place, fortunately."

With the city's crime rate mostly holding at historic lows and shootings down nearly 20 percent so far this year, Bratton has been credited with helping bolster the de Blasio administration's public safety record.

The mayor downplayed news of Bratton's plans, calling it "very premature." He said that on his watch, Bratton could run the NYPD for as long as he wanted.

"I will not be commissioner for six and a half years. That's the reality. I'll be 75 years old by that time," Bratton also said last week.

CBS New York reported that Bratton made the comment at a breakfast sponsored by "City and State."

When asked by CBS New York last week if that meant he wouldn't serve if de Blasio was re-elected in 2017, Bratton said: "In terms of, I never uh, restrict my options. I love very much what I do and look forward to doing it for the foreseeable future. But I don't limit myself by terms."

Bratton's resume is unmatched in local law enforcement. A career that began as a patrolman in Boston in 1970 has seen stints as the head of departments in Boston, Los Angeles and New York.

His current tenure at the NYPD is his second. In the first one under Mayor Rudolph Giuliani in the early 1990s, he was credited with driving down crime with a widely copied data-driven crime-fighting strategy before his brash style made him an annoyance to the mayor, who forced him out.

Though de Blasio was elected as a sharp critic of the police tactic known as stop-and-frisk, he picked Bratton as a sign that he would balance reforming the police department while trying to further drive down crime. On Bratton's watch, the NYPD has drastically scaled back stop-and-frisk but stepped up enforcement against of so-called "quality of life" offenses - an approach critics say still unfairly targets minorities and came into play in the police chokehold death of Eric Garner during his arrest for allegedly selling loose cigarettes on a Staten Island block.

As tensions between the police and minorities have grown, the mayor, were he to be re-elected next year, will likely be under pressure by his liberal allies to select a more progressive candidate, and likely a commissioner of color.

Bratton hasn't directly addressed the question of a successor. But he's recently heaped praise on the commander he installed as the top chief of the NYPD, James O'Neill, who's white.