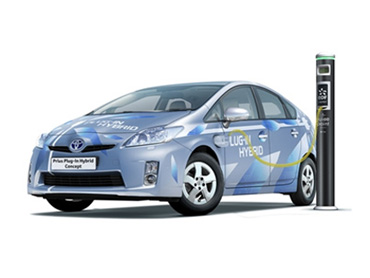 New York City's bid to host the 2012 Olympics was dealt a setback Monday when a powerful state board rejected a plan to build a $2 billion stadium in Manhattan.

The state financing board failed to approve $300 million in state money for the stadium. The plan needed the unanimous approval of the three-member board, and it received only one vote.

New York is competing with Paris, London, Madrid and Moscow for the 2012 Games. Earlier Monday, the International Olympic Committee released a report ranking Paris highest among the finalists and indicating that construction of the stadium is crucial to New York's chances.

"If we don't have a stadium, we cannot get the Olympics," New York Mayor Michael Bloomberg said hours before the vote, when it became clear the state funding plan did not have unanimous support.

The board's vote does not mean the city's bid is dead: The funding plan could still be renegotiated and brought back for reconsideration. But with the IOC scheduled to choose a host city July 6, time is running short on the protracted stadium negotiations.

The state's Public Authorities Control Board, which had the final say over the proposal for state funding for the stadium, was scheduled to meet at 3 p.m. to vote on the project. But hours earlier, Assembly Speaker Sheldon Silver — who controls one of the three votes on the board — announced that his representative would vote to reject the project if it came to a vote.

"Am I to sell out the community I have fought for?" Silver asked.

Bloomberg had heavily lobbied Silver in recent days for support of the stadium, which would also be the home of football's New York Jets. He said Monday that he had made proposals that would ensure that downtown Manhattan receives the bulk of government incentives to attract new business.

"I had not been able to persuade him," the mayor said. "As for our Olympic bid, rejection of the stadium will seriously damage our chances."

He said he would talk with members of the U.S. Olympic Committee about how to proceed.

The developments in Albany came hours after the IOC released a report rating the finalist cities. Paris received the best overall review. London, Madrid and New York also got positive ratings, while long-shot Moscow came in for criticism.

The report cited strengths and weaknesses of each bid but did not rank the cities. It also indicated that construction of the stadium is crucial to New York's bid.

"This really couldn't be any better," NYC2012 bid leader Dan Doctoroff said. "We're absolutely delighted by this report with just great reviews in every single category."

The stadium plan has been contentious from the start. Supporters, including Pataki and Bloomberg, have touted its economic development potential.

Detractors, including the owner of the neighboring Madison Square Garden, have questioned the process that would allow the Jets to buy the land, as well as the wisdom of spending large amounts of taxpayer dollars on a stadium.

The NFL has said the Jets can host the 2010 Super Bowl, but only if the team has the new stadium. The Jets currently play their home games in New Jersey, along with the New York Giants, at Giants Stadium. New York officials have said they fear that without a Manhattan stadium, the Jets will stay in New Jersey.

Jets president Jay Cross said the team was prepared to invest $1.6 billion in the city. "Today is a setback, but it is not the final chapter to be written in our quest to build a home for the New York Jets in Manhattan," he said.

Front-runner Paris received the best overall review Monday in an IOC evaluation of the five cities bidding for the 2012 Olympics.

The International Olympic Committee issued a 123-page report evaluating the bids of Paris, London, New York, Madrid and Moscow — the most competitive and glamorous field in Olympic bid history.

London, Madrid and New York also got positive ratings, while long-shot Moscow came in for criticism.