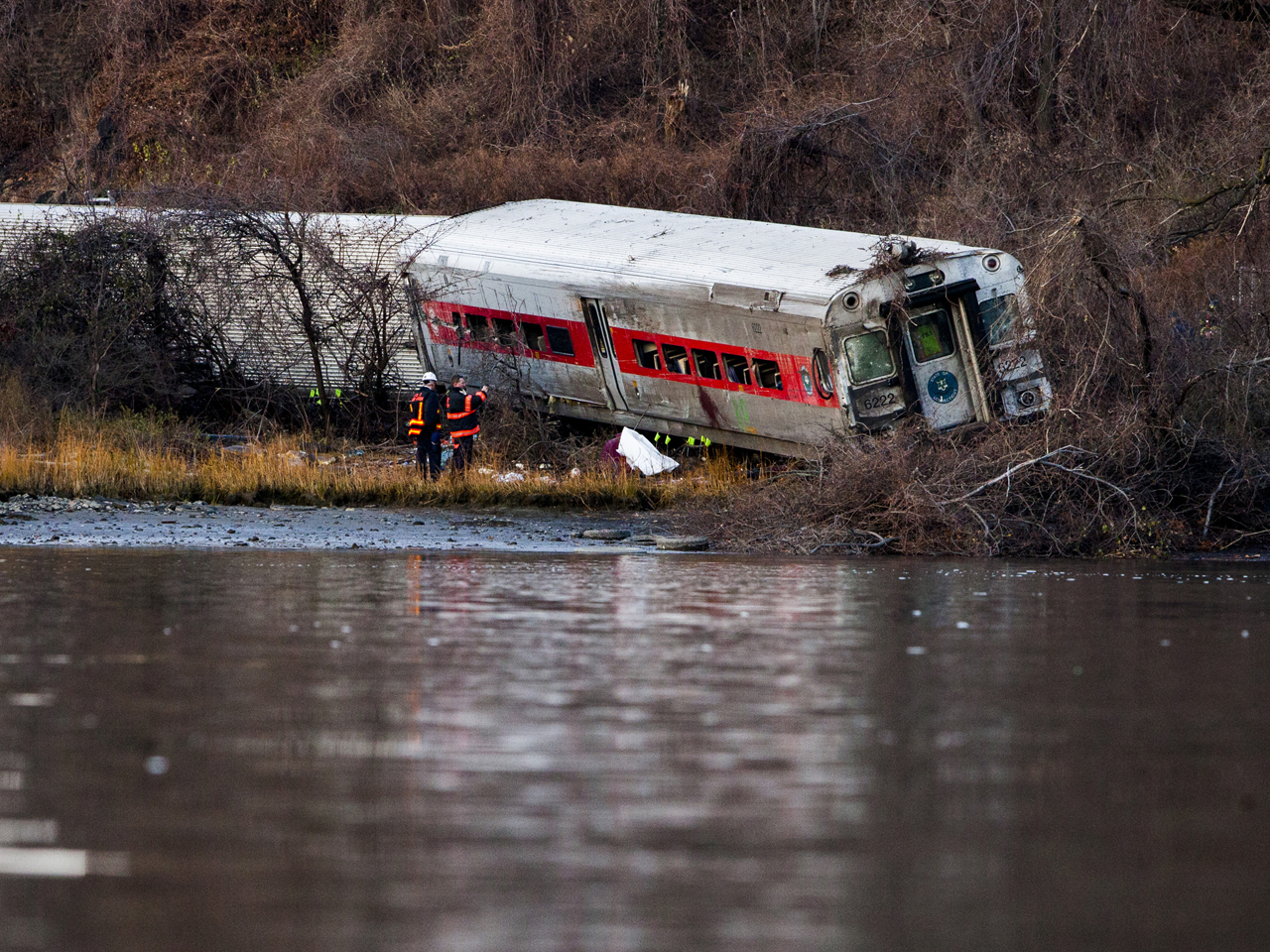 William Rockefeller is "out of service, and not being paid," the spokesman for Metro-North Railroad said.

According to his lawyer and union representative, Rockefeller experienced a momentary loss of awareness as he zoomed down the tracks. They called the episode a "nod," a "daze" or highway hypnosis.

Their accounts raised questions about just how widespread the problem is in the transportation industry and what can be done to combat it.

At the time of the crash, the train was going 82 mph into a sharp turn where the speed limit drops to 30 mph. That's when the engineer says he snapped out of it and hit the brakes, but it was too late. The train hurtled off the tracks, leaving a chain of twisted cars just inches from a river in the Bronx. Four people died and more than 60 were injured.

While the term highway hypnosis has been around for decades, there's no technical definition of it and scant specific medical study of it, although multiple studies have found that long driving times on straight roads can cause people to lose focus.

Some experts equate highway hypnosis with a sort of autopilot state - performing a task, usually competently, without awareness of it. Sleep experts say the daze could really be a doze, especially if a driver has undiagnosed sleep problems.

Nearly every bus or train driver has experienced the feeling of being momentarily unaware while driving long hours, said Larry Hanley, president of the Amalgamated Transit Union.

Hanley, who spent eight years driving a bus in New York, recalled spending a week on the midnight-to-8 a.m. shift and sometimes stopping to pick up passengers who weren't there.

The National Transportation Safety Board, which has yet to determine the cause of the crash, concluded talking with the engineer Tuesday. Investigators continued interviewing the train's other crew members. Investigators have said Rockefeller had enough time off for a full night's rest before the crash, but they were looking at his activities in the previous days.

Rockefeller's schedule, which had recently switched from the afternoon shift to the day shift, could be a cause for concern about fatigue, said Patrick Sherry, executive director of the National Center for Intermodal Transportation at the University of Denver, which studies national transportation issues.

Federal investigators would not comment on Rockefeller's level of alertness. The NTSB had found no problems with the brakes or rail signals. Alcohol tests on crew members were negative, and investigators are awaiting the results of drug tests.

Rockefeller, 46, has worked for the railroad for 15 years and has been an engineer for 10.