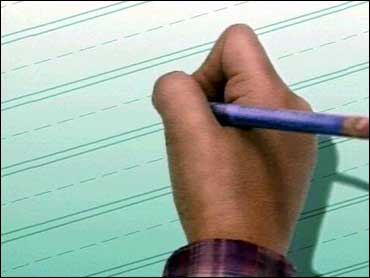 (CBS) NEW YORK - A Queens teacher is under investigation after having her students write personal cards and letters to a convicted prison inmate.

CBS New York reports inmate John Coccarelli is allegedly a friend of fifth grade teacher Melissa Dean. He has been in jail for possession of a loaded 9-mm semiautomatic pistol and violating an order of protection.

Special Commissioner of Investigation Richard Condon said, "She sent 25 cards up there from the students, 11-year-olds, and she also sent a card from herself and a card from her daughter to him."

He said Dean had the students "write personal information on the cards, including their names and addresses."

Dean did not get permission from the school or kids' parents to send the cards.

The New York Post reports Dean instructed the youngsters at Public School 143 in Corona to draw cards for Coccarelli in December because she "thought it was a nice thing to do," investigators said.

Dean has taught in the city since 2004 and makes $75,000 a year. The Department of Education is seeking her termination. For the time being she has been reassigned to an office in Long Island City, the paper reports.

The Post also says Coccarelli and Dean have been friendly since he's been behind bars, chatting on the phone at least 327 times.

Dean reportedly visited Coccarelli 11 times, identifying herself as a "friend" in the prison guestbook.

The Department of Correction said that the cards sent by Dean's students were confiscated by prison authorities and never reached the felon.