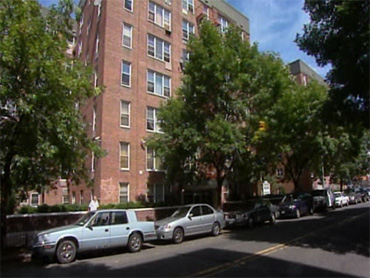 Law enforcement agents raided residences in New York City on Monday as part of a terrorism investigation, and began briefing Congress about the probe.

New York Police Department spokesman Paul Browne confirmed that searches were conducted in the borough of Queens by agents of a joint terrorism task force. He would not discuss the matter further.

Sources tell CBS News investigative producer Pat Milton the people whose homes were searched were part of a small group that espoused a militant ideology. According to the sources, no explosives were found in the searches, and there appeared to be no arrests. The investigation is continuing.

WCBS NY Has Reports from the Scene

Two U.S. intelligence officials, who requested anonymity because they were not authorized to discuss the case publicly, said the target of any purported attack - or who would carry it out - remained unclear.

CBS News correspondent Bob Orr reports sources said there was concern about the frequent travel of the group and their frequent overseas contacts with known criminal suspects.

A confluence of high-profile events in New York City - the Sept. 11 anniversary, President Obama's visit and the U.S. Open in Flushing, Queens -- all prompted the FBI to move now.

Building resident Assad Niazi told WCBS, "I don't know [the other residents]. They are roommates - they go to work in the morning, and at night they come back."

Separately, federal authorities started briefing a series of senior lawmakers in Congress about the case.

The investigation is continuing.