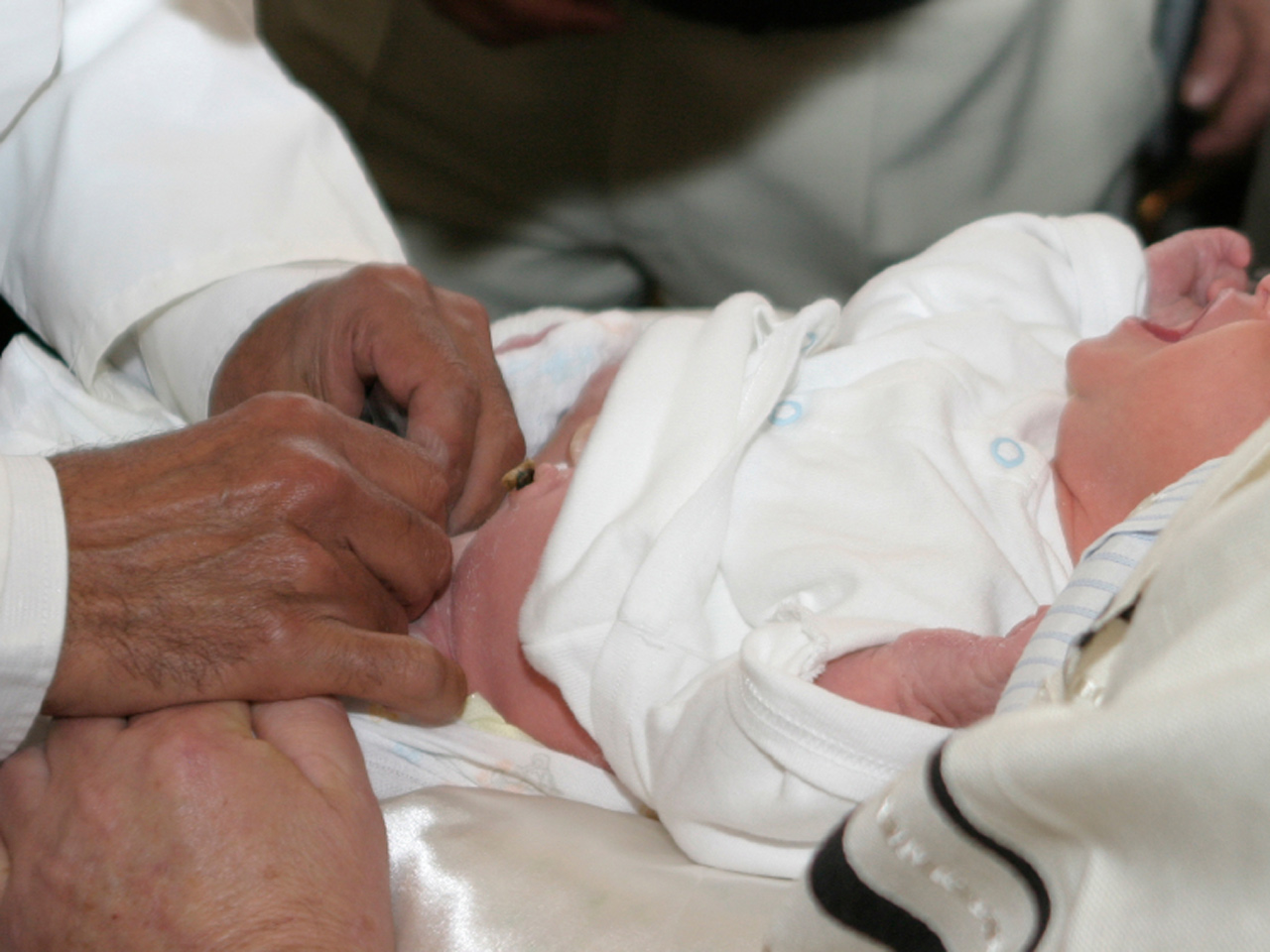 The ultra-orthodox practice is performed by a mohel - a person performing the religious circumcision, otherwise known as a bris - who after removing the foreskin uses his mouth to suck blood away from the wound.

According to the New York City Department of Health and Mental Hygiene, some religious authorities consider direct oral suctioning the only acceptable way to draw blood away from the cut. However the procedure has been linked to transmission of the herpes simplex virus from the mohel to the newborn baby.

The board voted 9-0 to require that anyone performing the ritual practiced by some ultra-Orthodox Jews obtain written consent from a parent or guardian. The parents will have to sign a form acknowledging that the city Health Department advises against the practice because of risks of herpes and other infections.

The Health Department says there have been 11 confirmed cases of herpes simplex since 2004 in newborn boys after circumcisions that likely involved direct oral suction. Two of the infants died.

A report released in June in the Centers for Disease Control and Prevention's Morbidity and Mortality Weekly Report said that parents of six of the children confirmed that their babies participated in metzitzah b'peh. The agency determined that 20,493 babies boys born in New York City could have potentially had the ritual during the almost six-year period they monitored statistics.

The CDC determined the risk of a baby contracting herpes was 24.4 cases per 100,000 cases of those who underwent direct orogential suction - 3.4 times the risk for babies who did not have the procedure.

The city's health department says while a mohel may rinse his mouth with alcohol-containing mouthwash or take antiviral medication, there is no proof the strategies will reduce risk. What's more, the department says the herepes simplex virus is very serious for babies because of their weak immune system, and those infected typically need to be hospitalized for weeks to get intravenous medication.

The agency however mentions that some religious authorities allow for a glass tube with or without a rubber bulb used to suction the blood in a way that that does not include direct contact between the mohel's mouth and the baby's cut. Other methods it mentions that haven't shown evidence of transmitted herpes include include using a sponge or sterile gauze to suction blood.

Defenders of the practice said they will ignore the new rule.

Rabbi William Handler of Brooklyn said the circumcision ritual is 3,000 years old and is safe.

Haaretz, the Israeli English language newspaper, reports that 200 ultra-orthodox rabbis in New York signed a statement last week accusing the city of "spreading lies" to get the measure passed and are reportedly considering a lawsuit.

The paper also reported that the Rabbinical Assembly, an international association of Conservative rabbis, applauded the health department's regulation of the procedure.

"This practice, which is not required by Jewish law, and emanates from older practices designed to prevent illnesses that precede current medical knowledge about disease, presents a serious health risk to babies and is inconsistent with the Jewish tradition's preeminent concern with human life and health," Gerald Skolnik, President of the Rabbinical Assembly and rabbi at the Forest Hills Jewish Center in Queens, said in a statement.