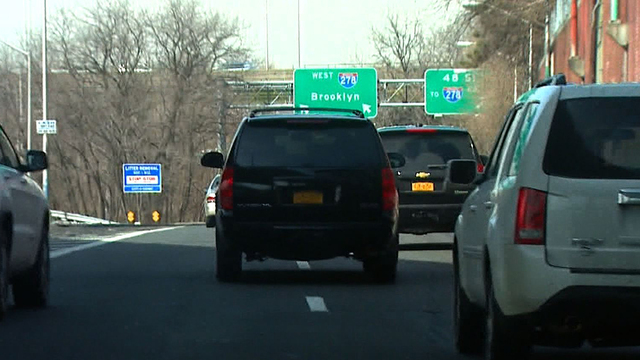 The mayor’s motorcade is operated by police, and the New York Police Department told the WCBS that the security personnel receive specialized driving training that focuses on security and safety.

“At certain times, under certain conditions, this training may include the use of techniques such as maintaining speed with the general flow of traffic, and may sometimes include tactics to safely keep two or more police vehicles together in formation when crossing intersections,” the NYPD said in a statement.

When he announced his “safe streets” initiative, de Blasio proposed lowering traffic speeds in New York City from 30 to 25 miles per hour. “The likelihood of a fatal crash drops significantly for speeds below 30 mph. If we get those speeds down, it will be the difference between losing a life and saving a life,” he said.

“We also recognize NYPD’s training and protocols, and refer questions related to security and transportation to them,” the statement said.