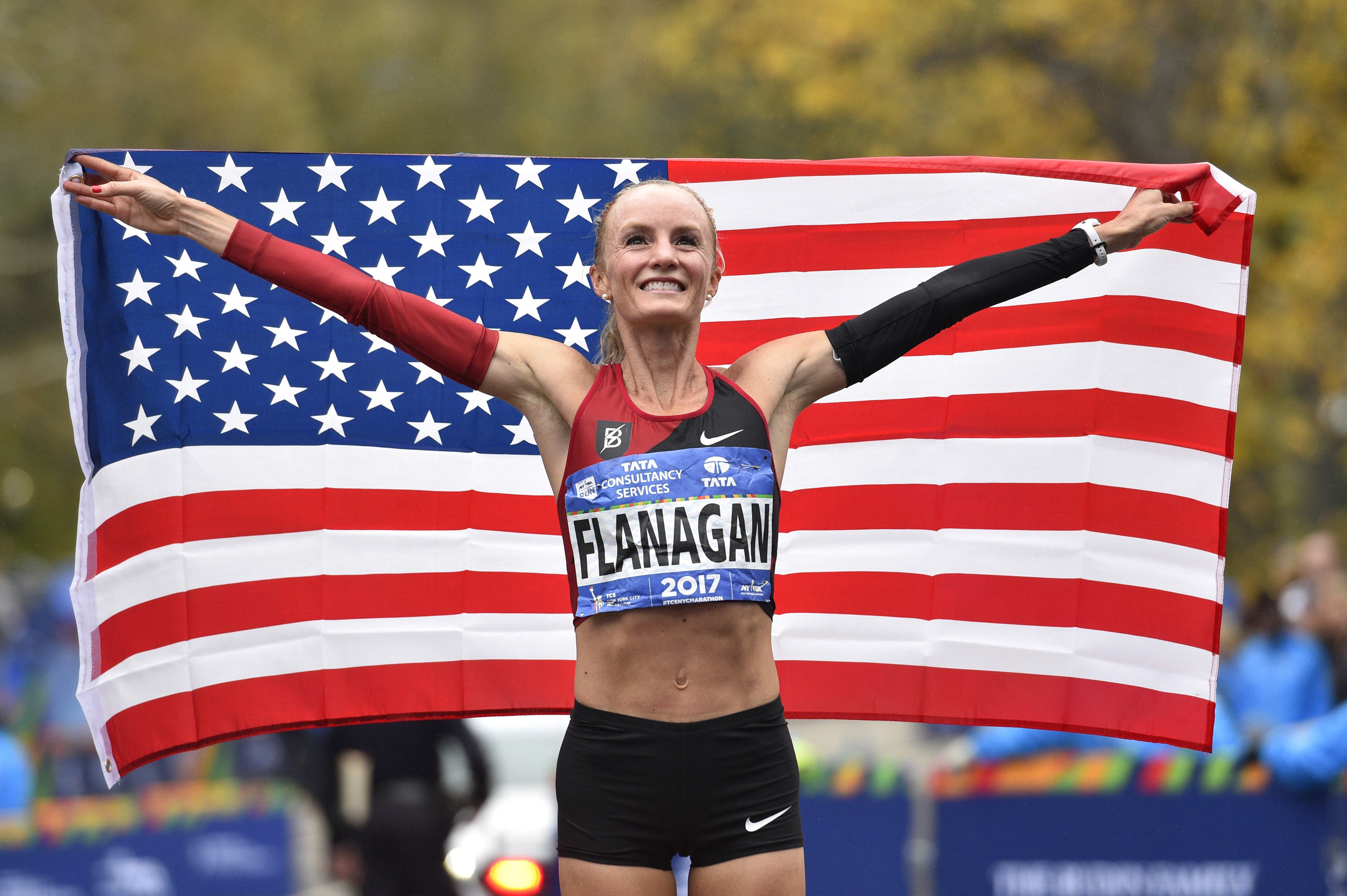 NEW YORK -- Shalane Flanagan pulled away from Mary Keitany on Sunday to become the first American to win the women's New York City Marathon since 1977.

Keitany had won three straight New York marathons, but Flanagan pulled away from the Kenyan great with about three miles to go. Flanagan finished with an unofficial time of 2 hours, 26 minutes, 53 seconds -- about a minute faster than Keitany.

The American cried and yelled as she approached the finish line alone.

The last American woman to win New York was Miki Gorman, who won consecutive titles in 1976-77.

Flanagan finished second in New York in her first marathon in 2010 but hadn't run this race since. After a fracture in her lower back kept her out of the Boston Marathon, Flanagan trained hard for New York with an eye on Keitany.

Flanagan called Keitany "the alpha racer" and said she was ready to "suffer dearly" while keeping up with the unpredictable Kenyan. Flanagan had said she may retire if she won New York.

In the men's race, Geoffrey Kamworor of Kenya held off countryman Wilson Kipsang by three seconds for his first major victory.

Kamworor ran the race in 2 hours, 10 minutes, 53 seconds. He and Kipsang embraced just past the finish line to huge cheers.

American running great Meb Keflezighi -- who won the race in 2009 -- completed his 26th and final marathon, collapsing as he crossed the finish line.

More than 50,000 runners from across the globe pushed themselves to the limit to traverse each of the five boroughs over a whopping 26 miles and change, CBS New York reports.

The day was dedicated to spirit and pride, and was marked by an unprecedented police presence to protect both the runners and the expected 2.5 million spectators cheering them on along the city-spanning route.

The enhanced security was in response to the truck attack in lower Manhattan on Halloween. Eight people were killed when terror suspect Sayfullo Saipov sped down the popular bike path near the West Side Highway, mowing down innocent cyclists and pedestrians.