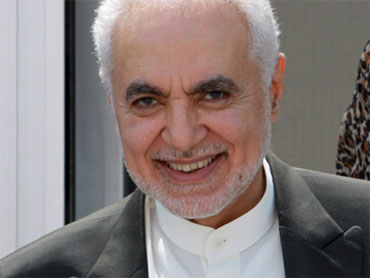 The imam behind the building of an Islamic center near Ground Zero says Muslims are concerned over rising Islamophobia as the debate continues over whether his construction project should go forward. He also says he believes fear of Islam may be even greater than it was immediately following the Sept. 11 terror attacks.

CBS News national correspondent Jim Axelrod reports that amid the rising tension over the planned Islamic center, new police barricades on the block where the center would be developed sprung up during the weekend.

In an interview with ABC News on Sunday, Rauf said a decision on changing the site of the controversial prayer center would be complicated.

Former New York City Mayor Rudy Giuliani, speaking on the same day, compared Rauf's decision to locate the cultural center near Ground Zero with the Florida minister who threatened to burn Qurans (Korans) on the Sept. 11 anniversary, before backing down.

"He seems by his action interested in confrontation rather than in healing," said Giuliani. "The imam has a right to put the mosque there, the freedom... The minister has the right to burn the Quran. Common sense and a real dedication to healing that these men of God would have, would tell you not to -- because you are hurting too many people."

Rauf responded to the comparison by highlighting the differences between the two acts.

"How can you equate burning of any person's scripture with an attempt to build interfaith dialogue? This is a house with multi-faith stakeholders, with multi-faith partners intended to work together toward building peace," he said on ABC.

In the latest polls some seven out of 10 New Yorkers say it should be moved, far different from when the public first learned of the plans for the cultural center last December, reports Axelrod.

Rauf was scheduled to speak at the Council on Foreign Relations in Manhattan for at least one hour Monday morning, in what will be his most extensive public comments since this controversy erupted.