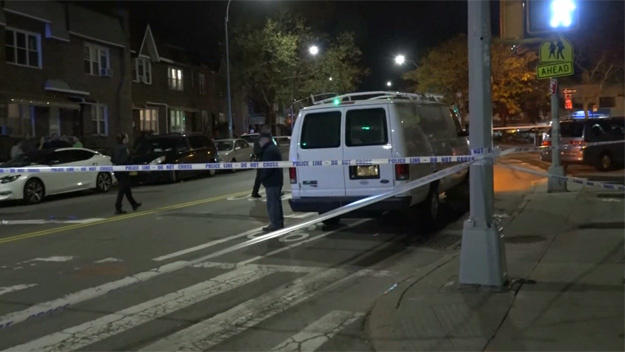 NEW YORK — A driver is in custody after police say what began as a minor car crash ended with a 65-year-old man being struck and killed by a van in Brooklyn.

CBS New York reports it happened around 9:30 p.m. Thursday at the intersection of Third Avenue and 67th Street in Bay Ridge. Investigators say the incident appears to have started as a minor accident between two vehicles.

The driver of the van and the victim, who police say was a passenger in the car being driven by his wife, got out and were arguing.

Soon after, police say the 55-year-old van driver got back into the van and took off, striking the other man as he drove away, dragging him two blocks from 65th Street to 67th Street.

Dashcam video shows the driver of the white van swerving around the victim's car.

"All you see is the guy under the wheel and the wife is crying," said witness Malook Khaskhali. "The firefighters ran and a bunch of guys started lifting the car up and then they, you know, took the body out."

Police say it's not clear whether the van driver intentionally hit the other man. The victim was taken to Lutheran Hospital, where he died.

Witnesses say the van driver was held down until police arrived. He is in custody and charges are likely.