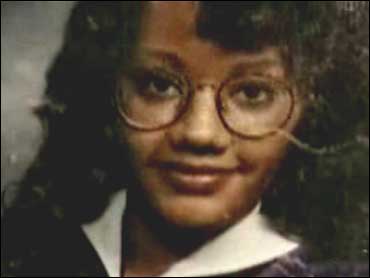 A woman who died of lung disease five months after Sept. 11 was added on Wednesday to the medical examiner's list of attack victims, marking the first time the city has officially linked a death to the toxic dust caused by the World Trade Center's collapse.

Felicia Dunn-Jones, a 42-year-old attorney who was caught in the dust cloud while fleeing the collapsing towers on Sept. 11, 2001, died of sarcoidosis, a disease that causes inflammation and scarring in the lungs, on Feb. 10, 2002.

Chief Medical Examiner Charles Hirsch, citing "accumulated scientific research" that concluded exposure to trade center dust can cause or contribute to sarcoidosis, said that "Mrs. Dunn-Jones' exposure to World Trade Center dust on 9/11/01 contributed to her death and it has been ruled a homicide."

"Mrs. Dunn-Jones has now been added to the list of people who died as a result of the collapse of the World Trade Center towers," Hirsch wrote.

"It'll be an honor," her widower, Joe Jones, told CBS News. "We feel she always deserved to be on that list."

"You're almost without words," he said.

A class action lawsuit has claimed dozens of deaths have been caused by exposure to toxic trade center dust. A New Jersey medical examiner last year ruled that the January 2006 death of a retired police detective, 34-year-old James Zadroga, was "directly related" to his work at ground zero on and after Sept. 11.

New York lawmakers, some of whom urged the city to add Dunn-Jones to the death toll last year, said more should be added in the future.

"Sadly, we have known that Felicia is not alone and that others have died from ailments caused by 9/11," said U.S. Rep. Carolyn Maloney, D-N.Y. "I hope that the medical examiner is no longer in denial about the trade center dust. Dr. Hirsch must review the cases of other 9/11 heroes who, like Felicia, died in the prime of their lives."

Dunn-Jones' family had asked last year that the medical examiner add her name to the death toll, but Hirsch wrote at the time that his office could not link her death to the exposure "with certainty beyond a reasonable doubt."

Since then, a doctor for the Fire Department of New York published a study that found firefighters who worked at ground zero contracted sarcoidosis at a much higher rate after the Sept. 11 attacks than before, linking the disease firmly to the dust exposure.

A New Jersey medical examiner last year ruled that the January 2006 death of a retired police detective, 34-year-old James Zadroga, was "directly related" to his work at ground zero on and after Sept. 11.

Zadroga's father, Joseph Zadroga, said his son also suffered from sarcoidosis and that he and many others should be added to the list of victims with Dunn-Jones.

"I think that anybody that passes as a result of 9/11 should be listed on the wall," he said.

Dunn-Jones will be listed on the Sept. 11 memorial with the names of 2,973 people killed on Sept. 11 in New York, Pennsylvania and Washington, D.C., memorial foundation spokeswoman Lynn Rasic said.

Mayor Michael Bloomberg, who chairs the foundation, said his "thoughts and prayers are with the Dunn-Jones family."

"It is on their behalf and on behalf of all those affected by 9/11 that we are now building a memorial that remembers and honors the thousands of innocents that died," he said.