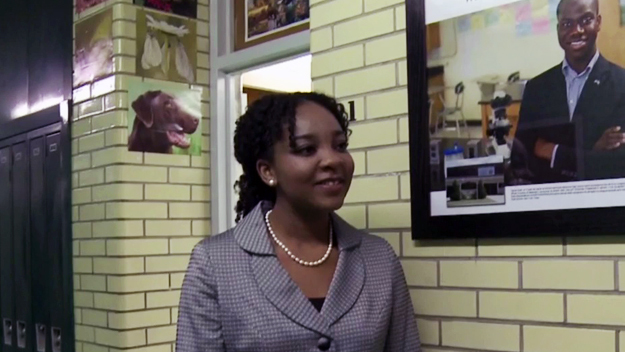 ELMONT, N.Y.-- For the second time in as many years, a senior from one Long Island high school has achieved the ultimate academic feat,reports CBS New York.

Uwamanzu-Nna scored a nearly 102-point grade point average. She got extra credit for additional work and was an Intel Science finalist..

Despite all of her achievements, even the news took her by surprise.

"My mom literally screamed on the phone when I told her and I was quite shocked myself," she said. "I was looking at each school one by one and I remember getting to the last school and seeing that I got into all of them. I literally just started crying."

The 17-year-old student has until May 1 to decide whether she'll attend one of the prestigious northeastern universities.

Uwamanzu-Nna wants to study biochemistry and sustainable development, WCBS 880's John Metaxas reported. She plans to visit all the schools before deciding.

Last year, Elmont's Harold Ekeh chose Yale from among the 13 universities where he was accepted.

Although still a rarity, acceptance at every Ivy League school appears to be a growing phenomenon.

Fernando Rojas of Fullerton, California, also was accepted to all eight Ivy schools in 2015.