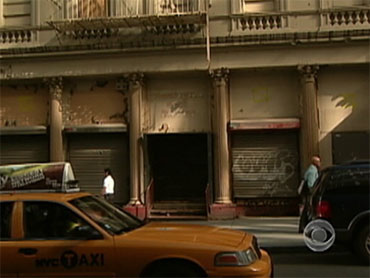 New York Governor David Paterson told Rep. Peter King in a phone call today that he plans to meet with the backers of the so-called "Ground Zero Mosque" this week to discuss moving their project elsewhere, according to King's office.

The governor told King he planned to discuss with the developers "the possibility of moving it to an alternate site," King press secretary Kevin Fogarty told CBS News.

Paterson Deputy Press Secretary Maggie McKeon said in a statement: "We are working with the developers on a staff level but there have not been any formal discussions between the Governor, the Imam or the developer. However, we expect to have a meeting scheduled in the near future."

The developers told the Associated Press they are not aware of any planned meeting with Paterson.

King is an outspoken opponent of building the "ground zero mosque" - a proposed 13-story Islamic community center that would include a mosque roughly two blocks from the site of the Sept. 11 terrorist attacks on the World Trade Center.

Paterson, who says he does not object to the site, has previously indicated that he would be willing to help broker a compromise to move the project, potentially to land owned by New York State.

"Frankly, if the sponsors were looking for property anywhere at a distance that would be such that it would accommodate a better feeling among the people who are frustrated, I would look into trying to provide them with the state property they would need," he said last week.

King's office said Paterson decided to call the congressman after hearing King express support for his effort during a radio interview.