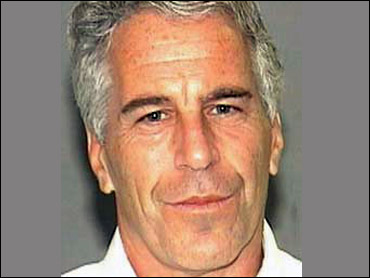 A teenage girl filed a $50 million lawsuit against a New York billionaire on Thursday, saying he sexually abused her when she was 14.

The girl, now 17 and identified only as Jane Doe, claims Epstein invited her to his Palm Beach mansion in 2005 to perform a massage for $300. She claims he demanded she remove her clothes, then sexually assaulted her, according to the lawsuit filed in federal court in West Palm Beach.

"Jane experienced confusion, shame, humiliation, embarrassment, and the assault sent her life into a downward spiral," the lawsuit states.

The girl, her father and stepmother are seeking more than $50 million.

The teen is also at the center of a criminal case against Epstein in Florida, said her lawyer, Jeffrey Herman.

Epstein is charged with one felony count of solicitation of prostitution. He faces up to five years in prison if convicted. A hearing in that case is set for March.

Epstein, 55, a money manager, also was sued last year in New York by a woman who claims he had sex with her at his Upper East Side mansion in 2000 when she was 16.

"I think it's unfortunate that Mr. Epstein doesn't see what he's done to these young people and just look to reach a reasonable settlement with them," said that woman's attorney, William J. Unroch.

Lefcourt also denied the allegations in the New York case.