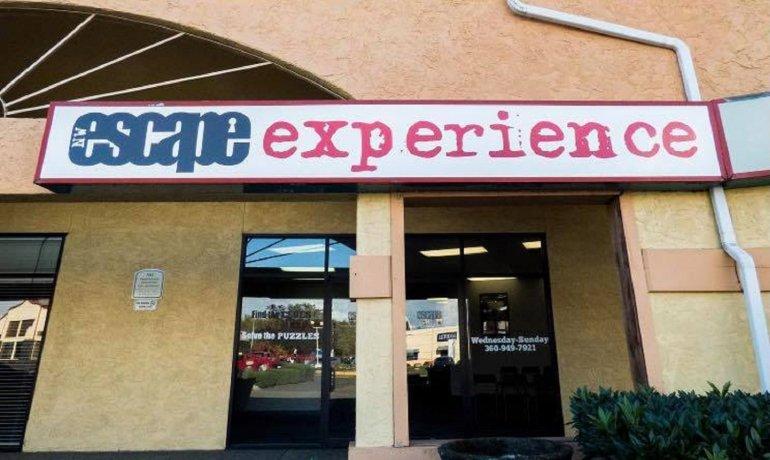 Most people enter into an "escape room," to, well, escape it. But, the task proved a bit too difficult for an alleged burglar who broke into one and had to call the police for help getting out.

Tamara Bertrand, who owns NW Escape Experience in Vancouver, Washington, with her husband Rob, said she received a call at 5 a.m. from the local sheriff's office, saying them that someone had burgled their store.

Fearing the worst, the couple rushed to the business."Our initial reaction when we received the call was obviously worst case scenario," Bertrand told CBS News. When they arrived, they realized the situation was a bit more comical than they thought, "At that point all we could do was laugh," Bertrand said.

Bertrand told CBS News that someone broke into their storefront by accessing an adjoining door between their escape room and the vacant suite next door. The suspect allegedly pushed over a large set of lockers blocking the door, and gained access to the store, she said.

The man allegedly stole a prop beer used in one of the escape rooms, a tv remote and a non-working cell phone, she said. After allegedly thieving the items, the burglar settled in for a nice breakfast-- eating a burrito he brought with him, Bertrand said. But, that's when it all went downhill for him.

"We believe he forgot how he got into our space," said Bertrand. That's when he "'got scared and called 911" from the businesses phone, she said. Bertrand said he reported a home home invasion and provided cops with a fake address, but they were able to track the call coming from inside NW Escape Experience.

The burglar eventually escaped the store through the back door, running right into police officers waiting for him. Deputies told CBS Portland affiliate KOIN they found him lurking around the strip mall.

The suspected burglar was later identified as Rye Daniel Wardlaw, KOIN reports. He was arrested after authorities interviewed him and had evidence linking him to the burglary. He faces a charge of 2nd-degree burglary.

"We were so very fortunate that our employees were safe, that the damage was minimal and we were back up in operation within a few hours," says Bertrand.

While the situation gave the couple a good laugh, it also gave them a bit of pause "It is still a little nerve-wracking to hear the audio surveillance of the lockers hitting the ground and him getting access into our business," said Bertrand, "It kind of freaks me out a bit." The owners told CBS News that they have installed an alarm system to prevent future break-ins.

As to how the burglar did compared to paying customers, "Some people make it out, some don't," Bertrand told CBS News. "I feel like from the state of mind that [the burglar] was in he definitely would not have escaped a real escape room either."