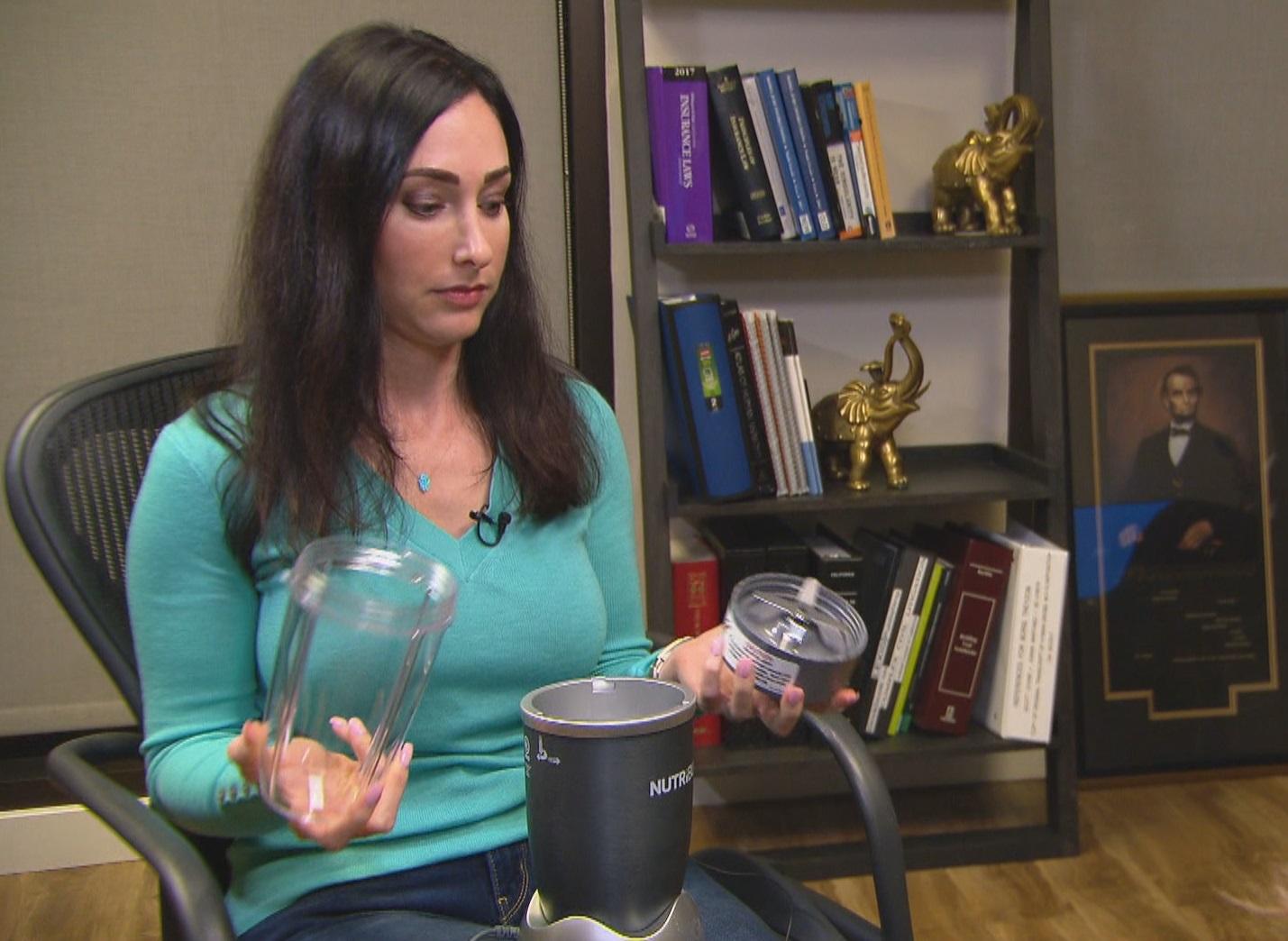 Warning: Some of the photos of injuries are graphic.

At least 22 people are suing the maker of the NutriBullet, claiming the device malfunctioned and caused serious injuries, including burns and lacerations. It's billed as a high-speed appliance that can pulverize foods better than an ordinary blender, reports CBS News correspondent Mireya Villarreal.

"The secret of the NutriBullet is its powerful, 600-watt motor," an advertisement claims.

But some users of the NutriBullet say the device is also dangerous.

Sheryl Utal said she used her NutriBullet daily for years to make smoothies – until one morning it exploded after about 20 seconds, causing second-degree burns.

"It just came flying out all over me, all over the kitchen, the ceilings, the walls," Utal said.

She said her arms felt "on fire."

"And it was on my chest. It also had hit me in the face as well," Utal said. She is one of the people now suing the company.

The latest victim, Rosa Rivera, spoke out Tuesday and said her face was badly burned.

"I want to tell the people don't use this product no more because it's dangerous," Rivera said.

Attorney Danny Abir represents both women and claims a manufacturing defect can cause pressure to build up inside the blender.

NutriBullet is contesting the lawsuits Abir has filed on behalf of his clients.

In a statement, the company said: "Reports of our blenders causing injury are extremely rare… We typically find customers have failed to adhere to the operating instructions and warnings provided."

"We have 22 cases and we are one firm in Los Angeles," Abir said in response.

"Had I known that that device, that NutriBullet could hurt me, I wouldn't have used it and so that's what I want people to know, is that those can hurt you," Utal said.