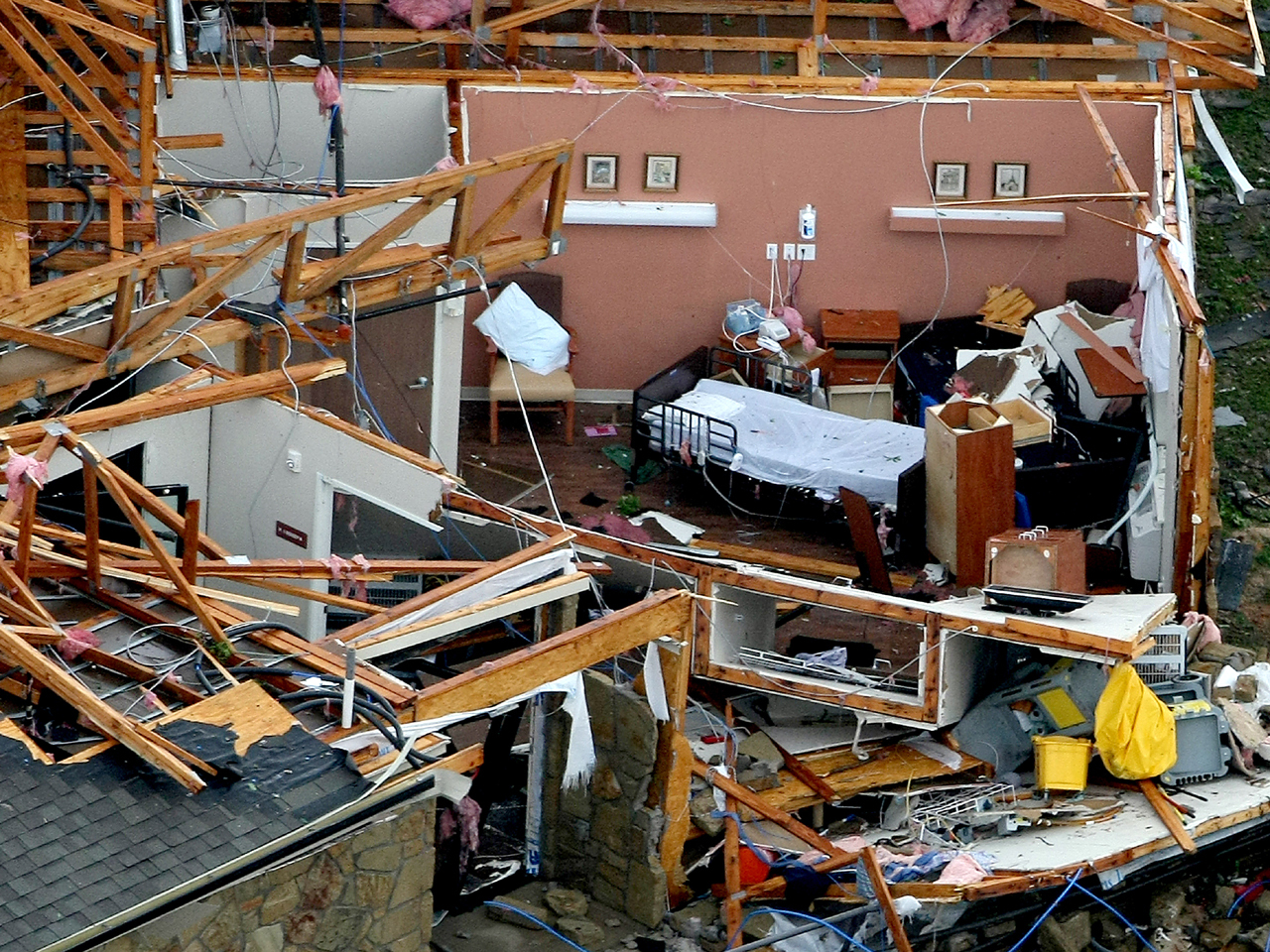 Emergency plans required by the government often lack specific steps such as coordinating with local authorities, notifying relatives or even pinning name tags and medication lists to residents in an evacuation, according to the findings.

That means the plans may not be worth the paper they're written on.

"We identified many of the same gaps in nursing home preparedness and response," investigators from the inspector general's office of the Health and Human Services Department wrote in the report being released Monday. "Emergency plans lacked relevant information. ... Nursing homes faced challenges with unreliable transportation contracts, lack of collaboration with local emergency management, and residents who developed health problems."

The report recommends that Medicare and Medicaid add specific emergency planning and training steps to the existing federal requirement that nursing homes have a disaster plan. Many such steps are now in nonbinding federal guidelines that investigators found were disregarded.

In a written response, Medicare chief Marilyn Tavenner agreed with the recommendation, but gave no timetable for carrying it out.

Nationally, more than 3 million people spent at least some time in a nursing home during 2009, according to the latest available data. Nearly 40 percent of them, 1.2 million, were in the top 10 disaster-prone states. The typical nursing home resident is a woman in her 80s or older, dealing with physical and mental limitations that leave her dependent on others for help with basic daily activities.

Investigators pursued a two-track approach. First they looked at the number of nursing homes that met federal regulations for emergency planning and training. Then they went into the field to test how solid those plans were, in a sample of homes drawn from 210 facilities substantially affected by floods, hurricanes and wildfires across seven states during 2007-2010.

On the surface, things appeared to be in good shape. Ninety-two percent of the nation's 16,000 nursing homes met federal regulations for emergency planning, while 72 percent met the standards for emergency training.

A different story emerged when inspectors showed up at 24 selected nursing homes and started pulling files and interviewing staff.

The specific facilities in California, Louisiana, Minnesota, North Carolina, North Dakota, Tennessee, and Texas were not identified in the report. All had been affected by disasters; 14 had evacuated and the remainder sheltered in place.

A detailed, well-rehearsed emergency plan is a basic requirement for disaster preparedness. But at one home, the emergency plan was in several boxes. At another one, it was on a legal pad.

Of the 24 emergency plans, 23 did not describe how to handle a resident's illness or death during an evacuation. Also, 15 had no information about specific medical needs of patients, such as feeding tubes and breathing equipment. Seven plans were silent on how to identify residents in an evacuation, such as by attaching wristbands or name tags. Inspectors said 15 made no provision for including medication lists.

None of the nursing homes met a government recommendation for a seven-day supply of drinking water if residents had to shelter in place and their regular source of water was unsafe or unavailable.

Twenty-two had no backup plans to replace staff members unable to report for work during a disaster.

Transportation was an Achilles' heel. None of the nursing homes had planned to ensure transportation of adequate food and water for evacuated residents, while 19 had no specific plan for transporting wheelchairs and similar equipment. Twenty-two of the plans did not describe how the nursing home would transport medications.

Seventeen had no specific plan for working with local emergency coordinators to decide whether to evacuate or shelter in place.

Not surprisingly, administrators and staff from 17 of the nursing homes told investigators they faced substantial challenges in responding to the disasters that hit their areas. A common problem was that transportation contracts were not honored after an evacuation was called. Four nursing homes that did evacuate said they had problems trying to keep track of residents and supplies, in some cases temporarily losing patients.

The vulnerability of nursing home patients became a national issue when 35 residents of St. Rita's Nursing Home just outside New Orleans perished during Katrina. Some drowned in their beds.

Prosecutors charged the owners of the facility with negligent homicide, saying they should have evacuated the home. But a jury acquitted them of all charges. Some jurors said afterward that Louisiana authorities should have taken responsibility for the safety of nursing home residents ahead of the monster storm.

A Houston Chronicle investigation found that, all told, at least 139 nursing home residents died during the hurricane or its aftermath.